8 Celebrities With the Guts to Call Out Racism 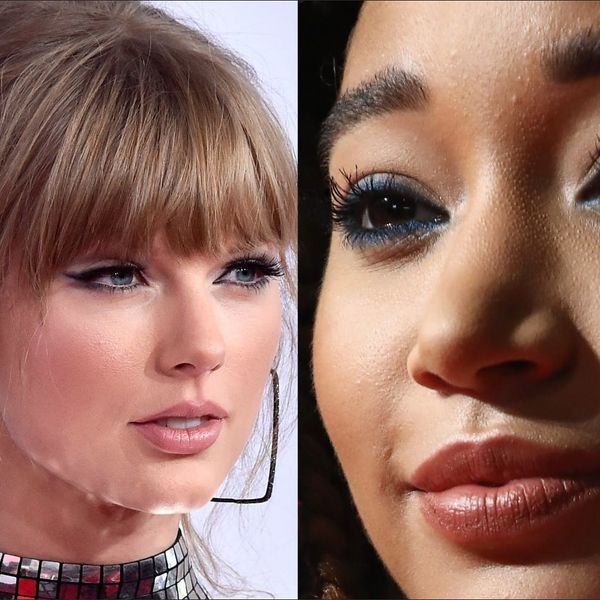 Many celebrities use their fame to address issues that are important to them: mental health, politics, and the environment all get our faves talking. For others, their activism speaks to a more painful and contentious issue in American public life: race.

More and more, a growing number of celebrities have taken advantage of their platforms to call out the casual racism that we don’t all necessarily notice in our lives every day. Here are eight celebrities who have done just that.

Zendaya: Actress Zendaya is not only a vocal supporter of other Black artists and athletes making a difference (including sharing their stories on her website), but she’s also unafraid to call out the racism she sees in Hollywood’s unrelenting colorism — that is, discrimination based on skin tone or level of darkness. Speaking at Beautycon 2018, the Spiderman: Homecoming star told the crowd that she’s considered beautiful in Hollywood because of skewed beauty standards that give the biracial actress an "acceptable" look.

“I am acceptable version of a Black girl,” she said. “As a light-skinned Black woman it's important that I'm using my privilege, my platform, to show you how much beauty there is in the African-American community.” (Photo by David Livingston/Getty)

Taylor Swift: Singer-songwriter Taylor Swift has been called out in the past for remaining silent on political matters, but that all changed ahead of the 2018 midterm elections when the normally quiet musician shared a lengthy Instagram post urging people to vote and clarifying her political stances.

“In the past I’ve been reluctant to publicly voice my political opinions, but due to several events in my life and in the world in the past two years, I feel very differently about that now,” the singer wrote on Instagram, explaining to followers why she would be voting for Democrat Senate and Congressional candidates Phil Bredesen and Senate and Jim Cooper, respectively.

“I believe in the fight for LGBTQ rights, and that any form of discrimination based on sexual orientation or gender is WRONG. I believe that the systemic racism we still see in this country towards people of color is terrifying, sickening, and prevalent. I cannot vote for someone who will not be willing to fight for dignity for ALL Americans, no matter their skin color, gender, or who they love.” (Photo by Frazer Harrison/Getty Images)

Jesse Williams: Grey’s Anatomy star Jesse Williams has used his celebrity to help fight racism for many years. The mixed-race actor specifically called out systemic racism and police brutality in a 2016 BET Awards speech that riled up enough fans of the show that they started a petition asking the show’s creator to fire the actor for his “racism.” (Of course, Shonda Rhimes didn’t even entertain the idea.) At the awards show, Williams took his moment to discuss police brutality, and specifically the cases of Tamir Rice, Eric Garner, Sandra Bland, and Rekia Boyd, Black people who died at the hands of police officers.

“There has been no job we haven’t done, there’s been no tax they haven’t levied against us, and we’ve paid all of them,” he said. “But freedom is somehow always conditional here. 'You’re free,' they keep telling us. But she would’ve been alive if she hadn’t acted so… 'free.'" (Photo by Matt Winkelmeyer/Getty Images for GQ)

Shailene Woodley: Pretty Little Liars star Shailene Woodley was arrested in 2016 protesting the Dakota Access Pipeline alongside hundreds of Indigenous protestors trying to protect clean drinking water along the central US pipeline expansion. While the actress has been outspoken about her respect and support of Indigenous people across the country, she’s also a firm believer in anti-racism. In 2017, the star told Elle that her goal is to continue using her platform to fight against hate in all forms.

Amandla Stenberg: One of Amandla Stenberg’s first roles was that of Rue in The Hunger Games. Unfortunately, what should have been a major triumph for the young star was clouded by racist attacks from an outspoken minority of white fans of the book who were upset that filmmakers cast a Black child in the role. The now-19-year-old star leveraged the backlash to propel her anti-racist activism.

“People can make their assumptions and have their judgments and their prejudices, but at the end of the day it pretty much has nothing to do with you,” she told BuzzFeed News. “It has to do with their own internalized biases, and oftentimes their own internalized self-hatred — because if you are discriminating against people, you are harming yourself at the end of the day.” (Photo by John Phillips/Getty Images)

The Weeknd: In early 2018, musician The Weeknd announced he would be cutting ties with Swiss clothing brand H&M after a photo of a Black child was leaked with the boy wearing a shirt that said “Coolest Monkey In The Jungle.” The Ethiopian-Canadian musician (born Abel Tesfaye) had zero tolerance for the Swedish company's tone-deaf gaffe that reinforced racist tropes linking Black people to monkeys.

“Woke up this morning shocked and embarrassed by this photo. I’m deeply offended and will not be working with @hm anymore…” he tweeted at the time. H&M quickly apologized, but the damage had been done. (Photo by Theo Wargo/Getty Images)

Shonda Rhimes: Shonda Rhimes has always been willing to speak out against hatred, and that was especially true in 2014, when a leaked email exchange between then-Sony executives Amy Pascal and Scott Rudin showed the pair joking that President Obama’s favorite movies were 12 Years A Slave and Django Unchained. While most outlets were reporting some of the more business-focused information brought forward in the emails, Rhimes pointed out that the exchange was incredibly racist.

“U can put a cherry on a pile of sh*t but it don’t make it a sundae,” she tweeted after some people called the comments insensitive instead of racist. (Photo by Emma McIntyre/Getty Images)

Mindy Kaling: Early in 2018, a viral tweet semi-jokingly lamented that hotel toiletries were "racist" by catering to the needs of white travelers without considering the unique needs of their guests of color. While stars like Halsey (who is biracial) and Gabrielle Union (who is African-American) noted that the shampoo bottles provided by the companies would destroy their hair, The Mindy Project’s star Mindy Kaling wryly added that she travels with her own personal bottle of Eucerin lotion — a bit of an in-joke that points to the need for extra-emollient moisturizers to prevent darker complexions from developing dreaded ashiness. Although it was a cheeky response, the actress and producer got her point across loud and clear. (Photo by Jamie McCarthy/Getty Images)

Kat Armstrong
Kat has been a writer, social media maven and mom for longer than she's willing to admit. She's also spent time in front of and behind the camera, interviewing celebs, politicians and acting as a producer for fashion and artistic photography shoots. When she isn't writing for various orgs and publications, she's hanging with her kids, husband and French Bulldog, Peter, in Toronto, Canada.
Celebrities
Diversity
Celebrities inclusivity Taylor Swift Activism
More From Diversity