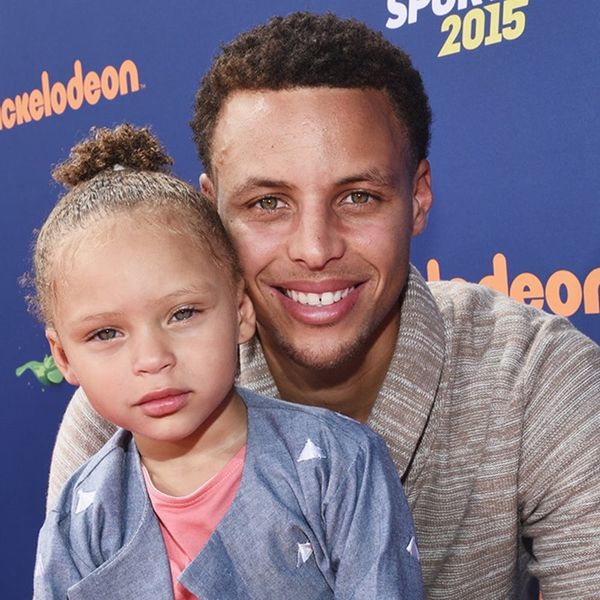 The Curry family has had a very busy summer. After 2015 MVP Stephen won the NBA Championship with his team, the Golden State Warriors, you’d think he would be who everyone was talking about. Think again. Ever since the playoffs, his three-year-old daughter Riley has been grabbing the spotlight from her athletic dad. After the family welcomed daughter Ryan Carson into the world, the party hasn’t stopped for little Riley. From the father-daughter duo’s appearance at Nickelodeon Kids’ Choice Sports Awards to the spotlight-grabbing little lady’s birthday party, the Curry celebration (and Riley’s spotlight reign) just won’t stop.

Over the weekend, Riley celebrated her third birthday by adorably dancing to none other than song of the summer “Watch Me (Whip/Nae Nae)” by Silentó. Who needs “Gangnam Style” when you’ve got this jam?! Ayesha Curry clearly realizes how entertaining her little girl is, as she captioned the video, “This is 3!!! Happy Birthday baby girl! Never a dull moment. You light up our lives and keep us on our toes. Mommy and daddy love you so much. Let’s celebrate!” The busy mom of two must of had a little downtime, as she posted another photo of DIY cake pops she whipped up for the party. #SuperMom

This is 3!!! Happy birthday baby girl! Never a dull moment. You light up our lives and keep us on our toes. Mommy and daddy love you so much. Let's celebrate! 👨‍👩‍👧‍👧

Now go do the Nae Nae with Riley in honor of her birthday.

Do you wish you got an invite to Riley’s birthday party over the weekend as much as we do? Let us know in the comments.