New Study Looks at Just How Realistic RomComs Actually Are 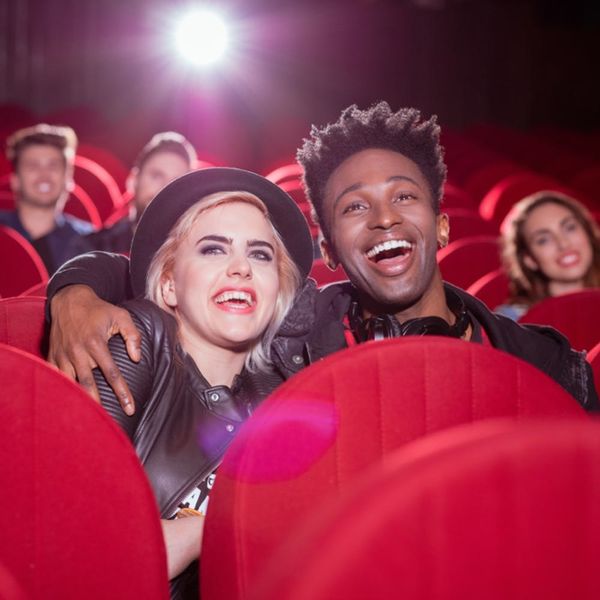 Watching a romantic comedy is a lot like dealing with a frenemy — sometimes you bond with them, and sometimes they totally crack you up, but those moments are really just Band-Aids for all of the times they’ve left you feeling disappointed. There’s nothing like a romcom to make you feel simultaneously hopeful and hopeless about love. Just like it is with any “friend” we love to loathe, our relationship with this genre is complicated, at best.

Sapio — a new dating app that has already initiated over 8,000 chats in NYC alone since its soft launch in September 2016 — feels our romcom pain. Their team recently ran a study to get a better idea of how the film industry portrays love and relationships, and how that portrayal compares to the real-life experiences of the love-seekers among us.

To start, Sapio analyzed the 150 top-grossing romantic comedies of all time (based on a list from IMDb), paying special attention to the romance-related cliches used as plot devices. The second part of the study was a survey of 1,000 Americans who shared their personal experiences with love. Results from both portions of the study were compiled for some interesting findings on how our feelings about relationships have been shaped (and distorted) by romcoms.

It probably comes as no surprise that romantic comedies are filled with cliches, but according to Sapio’s results, not all cliches are created equal. The “unlikely pairing” cliche — in which the partners at the heart of the film are an unexpected match — is by far the most common device: Of the 150 films analyzed, 44 include an unlikely pairing. Other common tropes in these blockbuster romantic comedies are “false identity/pretenses” (in which one of the characters is deceptive about their identity or intentions) and “the love switch” (when a main character starts the movie attracted to one person and ends the movie loving someone else). More than 100 of the movies studied employ at least one of these top three cliches.

When Sapio looked at people’s actual stories, though, it turned out that the romantic cliches experienced in the real world are much different from those most often used in movies. Scroll down for details on some of the more glaring disconnects.

1. Unrequited Love: A cliche noted in just six percent of the romcoms studied, unrequited love is a common theme among respondents, 78 percent of whom share that they’ve loved someone who did not love them back.

2. Unlikely Pairings: While unlikely pairings are present in many of the romcoms that were analyzed, they’re even more familiar to the people who responded to the survey. This plot device plays a part in about 30 percent of the examined movies, but 66 percent of respondents report having been in a relationship with someone who’s their opposite.

3. Online Dating: Interestingly enough for a study run by a dating app, the biggest discrepancy in the survey’s data is on the subject of online dating. Only one of the romcoms on IMDb’s list (the classic You’ve Got Mail) touches on finding relationships on the web, but about half of the people involved in the study say they’ve given online dating a shot. More than a third of respondents have actually gone on a date with someone they met digitally.

Given these major disconnects between art and life, it’s hardly a shock that 85 percent of survey respondents agree that romantic comedies are unrealistic. Based on all of these results, it seems that the trick to watching romcoms is to simply enjoy them without taking them too seriously — just like any fair-weather friend.

Have you had a romcom relationship? Tweet us @BritandCo!

Alli Hoff Kosik
Alli Hoff Kosik is a freelance writer who is passionate about reading, running, rainbow sprinkles, her lipstick collection, watching embarrassing reality TV, and drinking pink wine. She lives in Brooklyn with her husband and (in her dreams, at least) three golden retriever puppies. Listen to her talk books on The SSR Podcast.
Dating
Relationships
Dating study