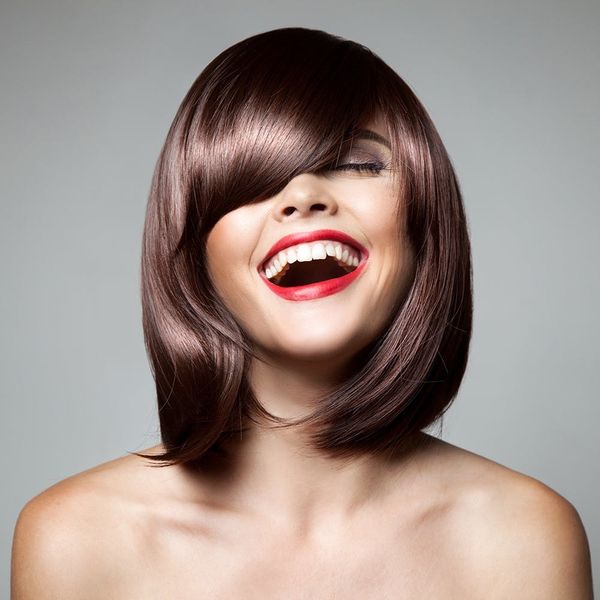 With warmer weather *finally* on its way, we’re ready to ditch our winter coats and shearling boots. But one thing we’re not looking forward to is that dreaded by-product of warm air and humidity: frizz. No matter what smoothing treatments or deep conditions we use, the frizz will always come back to haunt us. Up until now we had come to terms with the fact that we were always going to have to deal with it. But we didn’t have the persistence — or scientific knowledge — of Boyce Clark.

Clark has a PhD in biogeochemistry and is the single father of a 12-year-old girl. “My daughter’s hair would be okay when she would go to bed and in the morning it would be insane,” he told Yahoo Beauty. “The more I would brush it, the bigger it would get, and I would think to myself, Why?”

So he proceeded to solve one of the great mysteries of life: Why hair can get so darn frizzy — even after you brush it. After tons of research, Clark figured out that it’s created in the hair’s outer layer. Basically there are irregularities in certain strands that let in moisture (like humidity), which causes these strands to swell unevenly.

The next step was to figure out a way to combat these irregularities. After nine months of trial and error — which consisted of Clark mixing formulas in their KitchenAid Mixer and his daughter testing them — they finally stumbled upon a formula that works. They named the product “Lubricity” and began to sell it.

Lubricity — which currently sells around 1,600 bottles a day — works in two steps. Apply the first step to dry hair and wait 15 minutes before applying step two. The chemicals then react to change the shape of keratin protein in your hair. And because the formula works SO WELL, it’s only recommended for use once or twice a year. The system sells for $90 online.

Now if only we could go back in time and change the school science projects our dads helped us with to something like this.

Has your dad ever come up with genius solutions to your problems? Let us know @BritandCo!

Cailey Rizzo
Cailey is a junkie for all things pop culture. She studied journalism and English literature at SUNY Purchase, then continued studying French cinema and literature at Paris IV Sorbonne. She currently lives in New York where she can often be found singing '70s music at karaoke bars.
Hair Products
Hair
Hair Products