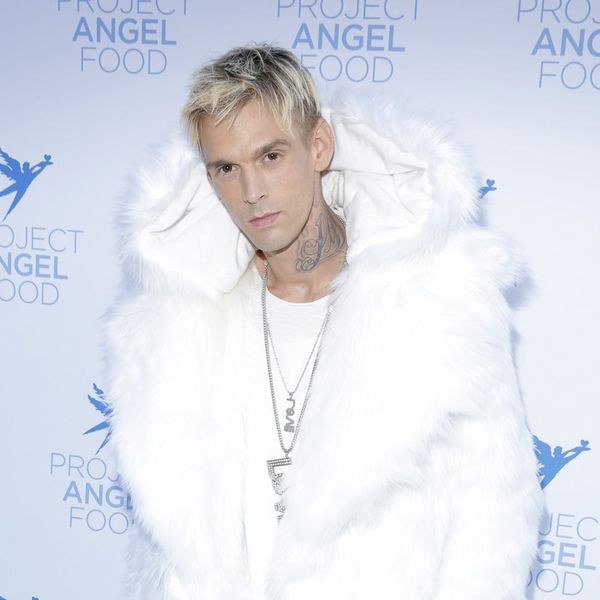 Aaron Carter is grateful to be alive after a scary car accident that not only wrecked his car, but also left him with a broken nose and in a lot of pain. The singer revealed the incident to his fans via Twitter on Tuesday afternoon.

“Life is really so precious,” Carter tweeted. “I just got into a terrible accident and completely totaled my BMW M4.”

Carter’s rep told ET that the accident happened near his Florida home, and that no one was injured. The star’s tweets tell a different story, however: “TBH this sh*t hurts my arms hurt my legs hurt all my airbags went off I broke my nose this is f*cked up,” he tweeted.

I never meant to get into an accident as severe as this. I've ran into people before and honestly nothing compares to what happened today 😰

Fans were immediately concerned, tweeting to ask if he was okay. He replied to one concerned user to again state that all of his airbags went off and that he was “cut up all over.” He also said that while he’s “[run] into people before,” his previous accidents were nowhere near as “severe” as this one.

Carter’s car accident comes on the heels of a tumultuous few months for the singer. In May, his father passed away, leaving him understandably heartbroken. Then, in July, he was arrested for DUI on suspicion of driving under the influence as well as possession of marijuana. The incident added tension to his strained relationship with his brother, Backstreet Boys’ Nick Carter.

In August, Aaron made the decision to come out as bisexual, saying he could no longer “live a lie.” While the reveal was a positive move for him and supported by his fans, he was eager to focus the attention back on his music — which is exactly what he’s ready to do following his accident.

“Everything is fine,” he tweeted. “Let’s get back to my music.”

Have you ever been involved in a car accident? Let us know @BritandCo.