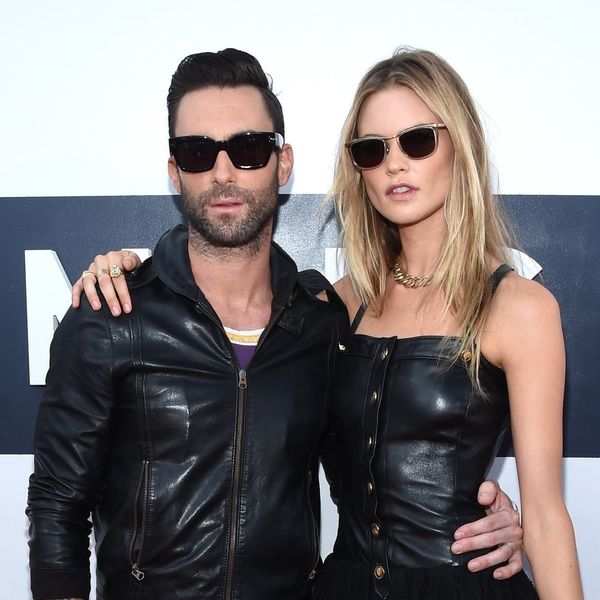 Adam Levine isn’t afraid to voice his opinions, even when they might be unpopular — frankly, it’s one of the reasons he’s made his mark as a judge on The Voice. And he’s been particularly vocal about his feelings regarding the MTV VMAs. Back in 2011, he tweeted, “The VMAs. One day a year when MTV pretends to still care about music. I’m drawing a line in the sand. F*ck you VMAs.”

It looks like his views on the event haven’t changed much since then, as both he and his wife, model Behati Prinsloo, took aim at the 2017 VMAs last night on Twitter.

“It’s always exciting to see how utterly horrible the VMAs will be. They really delivered so far this year. #HOLYF*CK,” the Maroon 5 singer, who last attended the event in 2014, tweeted.

He also pointed out some specific grievances about the 2017 show, writing, “Julia Michaels gets cut off while she’s singing and Lorde gets to NOT sing her whole song.” It turns out that Lorde probably had a pretty good reason for not singing, but he wasn’t alone in his annoyance about what happened to Julia Michaels. Levine’s love, Behati Prinsloo, also tweeted about the perceived slight.

Wow @vmas thanks for talking over then cutting to commercial half way through #juliamichaels performance. #votejuliamichaels

Whoever wrote Katy Perry's script for the #VMAs , I just want to let you know it's next level cringe worthy 😳 #makeitstop

What did you think about the 2017 MTV VMAs? Let us know @BritandCo.

Desiree O
Desirée O is a ‘Professional Bohemian’ who loves anything and everything related to the arts, entertainment, and pop culture. She ADORES being a ‘Newsy’ for Brit + Co, covering all of the latest tidbits of awesomeness that you want to read about. When she’s not writing, she’s either making messy art, going on long adventurous walks with her camera, or poking around over at bohemianizm (http://www.bohemianizm.com/). You can find out about Desirée O and her work at http://DesireeO.com/ or follow her on Twitter @DesireeO.
VMAs
Pop Culture
VMAs
More From Pop Culture