Adele Has Some Advice for You About Getting Older 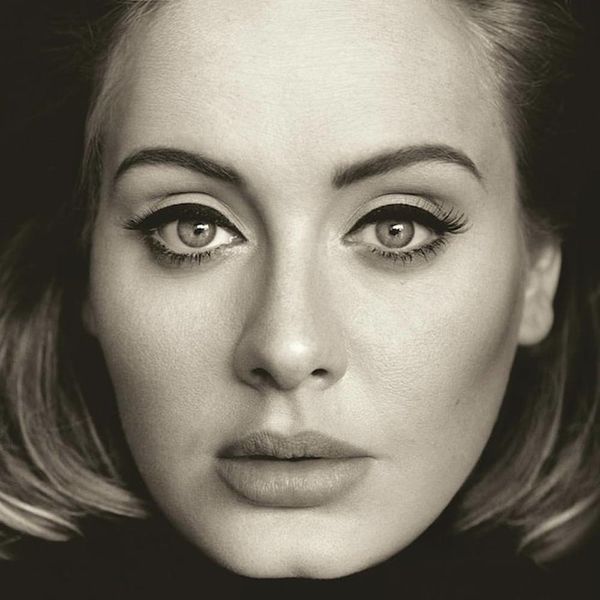 Lately, if you’ve been noticing a hole in your life in the shape of an Adele song, you should take heart. It’s been a long time you’ve heard anything about Adele, but rumor has it she’ll soon be back again (Get it? Because she had a song called “Rumor Has It”? Get it?). Ever since she hit the scene in 2008 the world has been rocked by her tragically sad break-up songs, incredible voice and that killer hair. She took a looong break after the birth of her baby and the success of her last album 21 and hit single “Skyfall” (get that work-life balance, yo!), but she announced on Facebook that her new record will drop November 20, 2015. It was the YAAAS heard round the world.

Adele referred to her last album as a break-up album but says this new one is a “make-up” record where she’s “making up for all the things I never did and all the things I ever did.” The Grammy-winning artist has a tendency to name her albums after the her age while she was making the record (19, 21 — you get the idea). This album is no different, with the now 25-year-old singer naming her latest 25. In regards to aging, she’s also gained some insight over the years. On her Facebook, she posted some wisdom about getting older and here are some highlights to get you crazy inspired.

We’ve all wished at some point that we could be older or younger and Adele is no different. “When I was eight, I wanted to be 12. When I turned 12, I just wanted to be 18. Then after that I stopped wanting to be older,” she says, “Now I’m ticking the 16-24 boxes just to see if I can blag it.”

She says she feels like to some extent she’s always “wishing my life away.” Think about that the next time you’re getting nostalgic over a #TBT photo and remember to carpe diem. Adele shared that her new album 25 and this particular age will be the point in her life where she is “teetering on the edge of being an older adolescent and fully fledged adult.” Part of growing up is shouldering responsibility, figuring out your career and maturing. Part of maturing is letting go of some of the stuff from you past. “I made the decision to go into who I was going to be forever,” she wrote. Queen.

Adele also addressed those who questioned her extended hiatus at the end of her post by saying, “I’m sorry it’s been so long but you know, life happened.” It’s okay, Adele, don’t apologize. We understand and we’re just glad to have you back.

Are you excited for Adele’s new album? Also do you think Adele and Amy Winehouse could have existed together or did one need to go to make room for the other? Discuss in the comments.

Molly Sanchez
Molly Sanchez is a writer, comedian and lover of burritos everywhere. She has written for The Bold Italic, Liquid Bread, Thrillist and HelloGiggles. She devotes her time to Bloody Mary research, exploring San Francisco and promoting wide spread shower beer awareness and appreciation. Find her on Twitter @seriousmolly trying to get famous people to laugh at her jokes or on Instagram @mollyfuckingsanchez where she swears a lot.
Adulting
Pop Culture
Adulting Music