Adele Chewed Out Security During Her Concert — Here’s Why 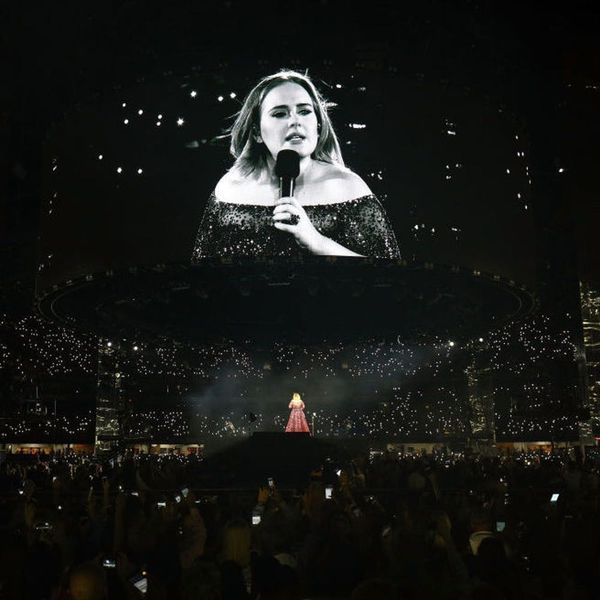 At Adele’s show last night in Melbourne, she joked to fans that if they were looking for a good time they were at the wrong place, as her concert was “basically just two hours of crying and songs about my ex-boyfriend.” But from what we’re hearing on social media, it was much more than that.

First, Adele stopped the show to chew out security for telling her fans to sit down. This was a rock concert, after all. And, of course, because it’s 2017, someone was able to capture the whole exchange on Twitter.

"if they can't dance then why is this a fucking music show? pic.twitter.com/29mRqu2QMa

Right after finishing the song “Water Under the Bridge,” she turned to the guard and said “I know you work here, but can you stop telling people to sit down? This is a music show! If people can’t see then they can stand up!”

She continued, “If you’re moaning about people dancing, what the f*** have you come to a show for? If I see one more person be told to sit down, I swear to God.”

But that wasn’t the only part of the show that got the fans cheering. Adele also brought a couple up on stage for a surprise marriage proposal in front of the 77,000 person crowd. No pressure or anything, right?

Adele's Melbourne show is already off to a kick-arse start with a super sweet same-sex marriage proposal 🌈❤ pic.twitter.com/SVlMyBriTN

At other shows on her Australia tour, she’s admitted to having a secret Twitter account and was captured on video shooting T-shirts into the crowds. So clearly, Adele’s doing a lot more on stage these days than just “crying about her ex-boyfriends.” Keep it up, Queen!

What do you think about Adele’s call-out? Tweet us @BritandCo!

Amanda Buckiewicz
Amanda Buckiewicz is a TV producer and writer based out of Toronto. Her claim to fame is producing live interviews with astronauts on the International Space Station, and getting beat up by a bunch of aerial Asian Carp. She spends a lot of time worrying about climate change, shark conservation, and where to find the best moisturizer for her combination skin.
Music
Music
Music
More From Music