Everything We Know About Aladdin’s Hot Jafar, Marwan Kenzari 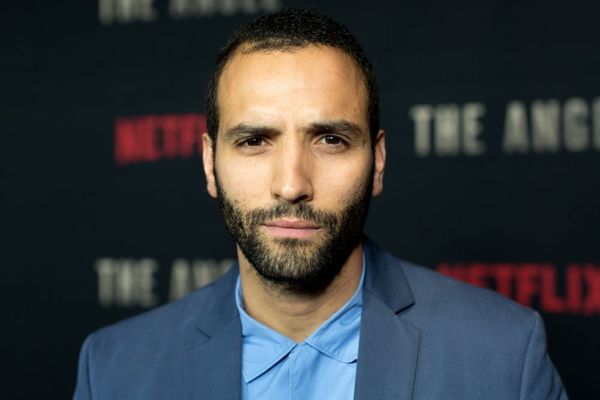 The first cast photos from Disney’s upcoming live-action Aladdin remake were released on Wednesday, December 19, and while Will Smith’s Genie had Twitter making its best jokes, one other cast member got people’s attention in a whole other way. We’re talking, of course, about “Hot Jafar,” played by Marwan Kenzari.

Rumors that Kenzari was in talks to play the film’s villain, originally voiced by Johnathan Freeman in the 1992 animated classic, first surfaced back in August 2017. The actor, a relative newcomer, didn’t have the household name cachet of a star like Will Smith, but it didn’t matter — people were immediately interested in the handsome movie villain, and he quickly earned the nickname Hot Jafar.

Now that Disney has given fans a first look at Kenzari in character, the Hot Jafar thirst has only escalated.

“Jasmine’s entire arc must be a mistake because she [oughta] be down to clown this Jafar from scene 1,” writer Alexis Nedd tweeted.

Many stated that the good-guy trope would not apply to the Aladdin reboot, joking, as one Twitter user firmly did alongside pics of Kenzari both in costume and shirtless, that “we WILL be rooting for evil.”

So who exactly is Marwan Kenzari, and where has he been all our lives?

The 35-year-old Dutch-Tunisian actor — born January 16, 1983, in The Hague — has been performing since high school. Professionally, he has appeared in several US feature films, including Ben-Hur (the 2016 version), The Promise, and, more recently, Murder on the Orient Express, where he costarred alongside Kenneth Branagh, Penelope Cruz, and Daisy Ridley. His breakthrough role in industry circles, though, was his 2013 portrayal of a star kick-boxer who succumbed to a life of organized crime in the film Wolf. The role earned Kenzari a Golden Calf Award for Best Actor at the 2013 Netherlands Film Festival.

In September 2018, Kenzari also led the Netflix original film The Angel in the starring role of Ashraf Marwan, the Egyptian president’s son-in-law, who was a spy for the Israeli intelligence agency during the 1973 Yom Kippur War.

With his upcoming role in Aladdin, Kenzari’s star will no doubt rise even higher. The actor, who has also flexed his dramatic chops in several stage productions, has said he has aspirations to be the next Al Pacino. Unfortunately, as of now, you won’t be able to follow his abs rising star on Instagram — Kenzari recently told the Associated Press that social media isn’t really for him.

Are you already a fan of Hot Jafar? Let us know @BritandCo!