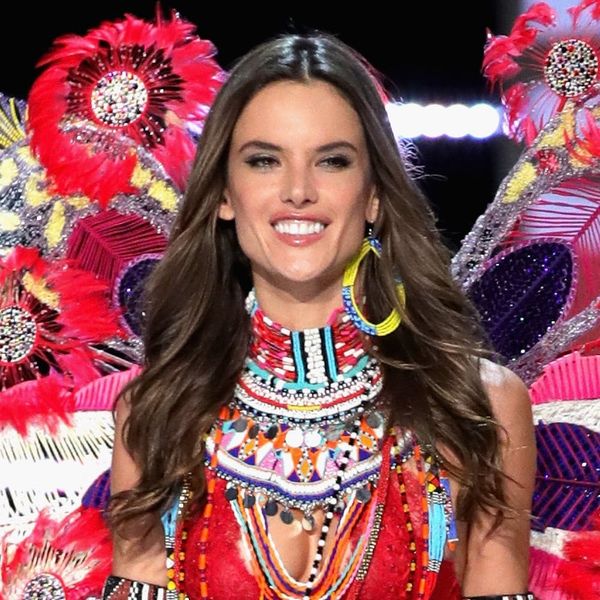 The Victoria’s Secret Fashion Show was studded with some top-notch looks — and top-notch ladies. While there were some fresh faces, there were a lot of familiar ones too, like Karlie Kloss, Adriana Lima, Lily Aldridge, and Alessandra Ambrosio. Sadly, the rumors have been confirmed and this year marked the end of Ambrosio’s 17-year stint with Victoria’s Secret.

Words cannot describe how grateful I am to have been working for this amazing brand that inspires me and women all over the world. In my wildest dreams I would have never imagined doing 17 Victoria’s Secret Fashion Shows. Thank you Ed, and all my Victoria’s Secret family for making these memories unforgettable. Last night was so emotional to say goodbye to my #angel sisters but we put on the biggest and best show ever. I could not have done this without all the love and support from my fans. It gives me great pride to be part the Victoria’s Secret movement! I will always be cheering for you! Love you forever ❤️

This year, Ambrosio bid farewell to the show in the sweetest Instagram post. She said, “Words cannot describe how grateful I am to have been working for this amazing brand that inspires me and women all over the world…I could not have done this without all the love and support from my fans. It gives me great pride to be part [of] the Victoria’s Secret movement! I will always be cheering for you! Love you forever.” She also thanked the VS family, the other Angels, and her fans, saying, “In my wildest dreams I would have never imagined doing 17 Victoria’s Secret Fashion Shows.”

She’s definitely had a fantastic run, and we can’t wait to see what she’ll do next. But first, let’s take a look back at the career of one of Victoria’s Secret’s most iconic Angels.

Ambrosio began modeling at age 15 for Dilson Stein, but the beginning of her nearly two-decade career with Victoria’s Secret happened in 1999, when she helped launch the VS PINK line.

She became VS Pink’s first ambassador in 2004 — the same year she became an Angel.

In 2005, she walked the runway wearing an outfit made entirely out of candy, which she told Cleo was her favorite outfit. She even snuck a bite after the show!

In 2008, she walked a mere three months after giving birth to her daughter, and then opened the show in 2009.

In 2011, she wore the heaviest wings (30 pounds!) ever featured on the show while pregnant with her son.

In 2012, Ambrosio was chosen to wear the coveted Fantasy Bra, which featured amethysts, rubies, sapphires, and diamonds set in rose and yellow gold.

In 2014, she wore the Dream Fantasy Bra, with her fellow Angel Adriana Lima. The bras reportedly cost $2.5 million apiece.

Which was your favorite of Ambrosio’s outfits? Tell us @BritandCo!

Shea Lignitz
Shea can be found in the nearest bookstore or brewery, exploring the great outdoors, or blasting Led Zeppelin. She grew up in the cold and rain of Northern California's redwoods but is currently wandering around Texas.
Celebrity Style
Celeb Style
Celebrity Style lingerie
More From Celeb Style