Alexander Skarsgård Shows Off a Nasty Hand Injury at the Hospital 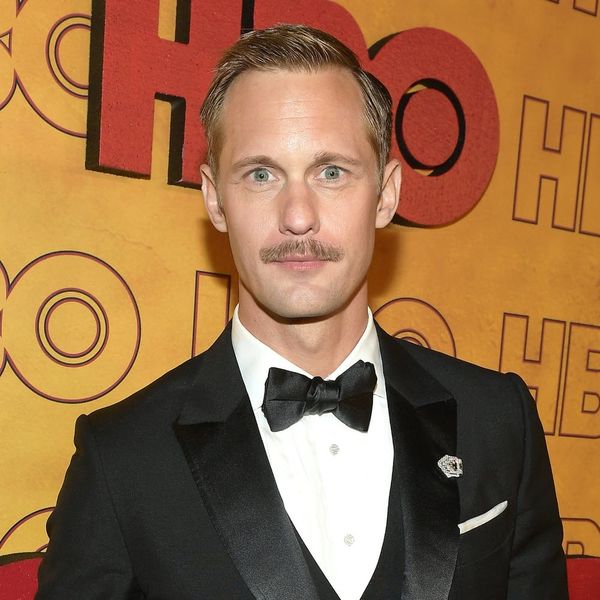 We never really know what we’re going to see next from Alexander Skarsgård, whether it’s his eyebrow-raising Emmys kiss with Big Little Lies costar Nicole Kidman or his shocking George Costanza-like bald head. The latest surprise involves a visit to the hospital and what looks like a pretty painful hand injury.

Skarsgård, who is currently in Canada to film The Hummingbird Project with Salma Hayek and Jesse Eisenberg, suffered quite the [*WARNING!*] bloody gash on his left hand, right in the fleshy part between his thumb and his index finger. Yikes!

It’s not clear if he sustained the injury on set or perhaps while carving a Thanksgiving turkey during his downtime. Either way, it’s a pretty nasty cut. We’re certainly not medical professionals, but we’d advise against any baseball, golf, or onion chopping in the near future.

Today I give thanks to nurse Rosalie and doctor Taleb at the local hospital in Lachute, Quebec. Their swift and heroic action saved my life. #snitchesgetstitches

“Today I give thanks to nurse Rosalie and doctor Taleb at the local hospital in Lachute, Quebec,” he captioned the icky image. “Their swift and heroic action saved my life. #snitchesgetstitches.” (High-five, hospital staff! From us, not the actor, because he probably can’t give a high-five right now.)

It’s difficult to tell if he suffered more damage than we can see or if he’s just throwing a little theatrical flair into the situation, but we hope he heals up soon.

Have you ever gotten stitches? Let us know @BritandCo!