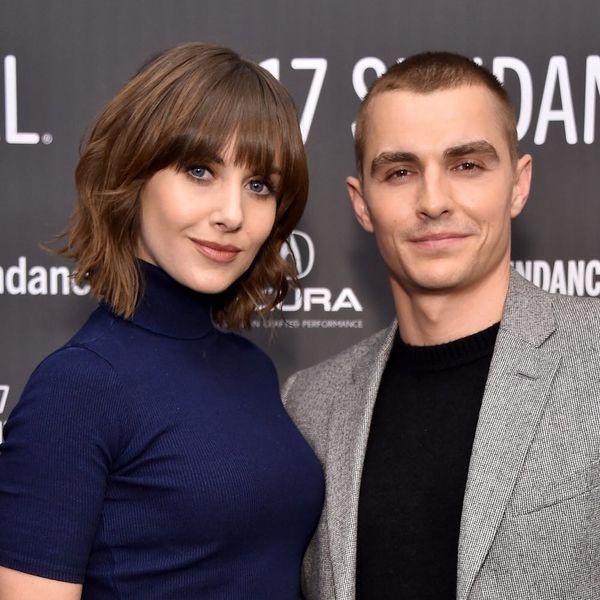 Community actress Alison Brie and Neighbors star Dave Franco (who also happens to be James Franco’s little bro) have been engaged for more than a year now, with Franco having popped the question with a stunning (and huge) rose gold rock in August of 2015.

Still, no one saw the surprise, Adele-style wedding news we just got from the couple coming. No details (or photos — boo!) have yet to be released, with not a trace of the event popping up on social media, but Brie’s rep has confirmed to E! that yes, the adorable pair DID recently get hitched.

The pair, who met back in 2011 at a Mardi Gras parade in New Orleans, coupled up back in 2012, and it’s been low-key adorableness ever since. Brie isn’t the type to have been dreaming of the day since she was little, reportedly telling Yahoo Style back in February that she wasn’t very instinctively bridal, but it would appear that her love for Franco caused a change of heart. “Marriage never really interested me, I guess because I was very focused on my work,” she told the outlet at the time.

She also gave Yahoo some potential insight into what she might have worn, telling the site that she had bought a dress on Net-a-Porter that she just might wear. (How cool is she!?)

Franco was equally as relaxed about his big day, previously telling ET that he wasn’t sure if he would have a best man, and that they were “pretty lax about the whole thing. I feel like when we do eventually get married, we’re not gonna do a lot of the traditions and we’re just gonna make it easy and who knows?” he said back in June.

It’s an attitude that likely helped the duo keep their special day under wraps from the prying eyes of the paparazzi (and fans, truth be told!).

Are you surprised by Brie and Franco’s bombshell news? Tell us over @BritandCo.

Nicole Briese
Nicole is the weekend editor for Brit + Co who loves bringing you all the latest buzz. When she's not busy typing away into the wee hours, you can usually find her canoodling with her fur babies, rooting around in a bookstore, or rocking out at a concert of some sort (Guns N' Roses forever!). Check out all her latest musings and past work at nicolebjean.com.
Celebrity Wedding
Celebrity News
Celebrity Wedding
More From Celebrity News