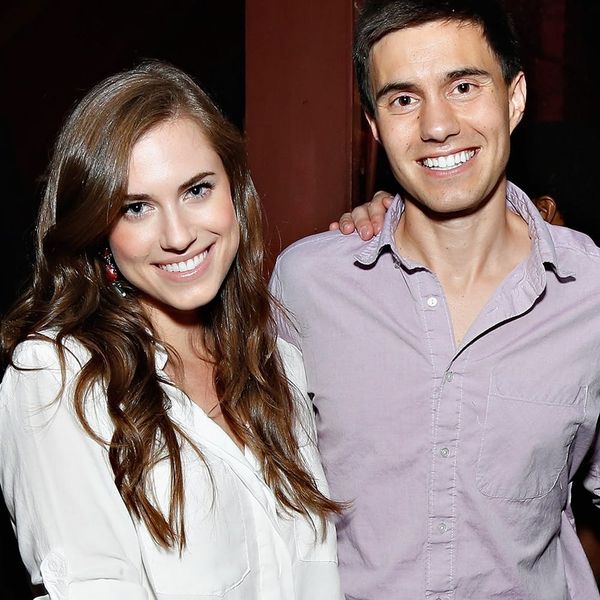 From what we saw on Instagram, Allison William’s wedding appeared to be a quite a glamorous affair. Judging by her gorgeous long-sleeved gown and stunning Wyoming backdrop, we would have guessed that an equally as lavish proposal took preceded the big day. But Allison recently revealed that her husband Ricky Van Veen popped the question not with an epic scavenger hunt or in a hot air balloon but during a viewing party of The Bachelor.

While chatting with the show’s host Chris Harrison on Bachelor Live Allison tells him, “I would not be married to my husband if it weren’t for this show. We went to a weekly viewing party every week, and it was like a big group date, but with both genders equally distributed…it was how we met up.” She goes on to explain, “So where the viewing party is, is at my friend Lee Eisenberg’s house…and he has a couch where we always watch the show, and that’s where Ricky proposed to me, was on Lee Eisenberg’s couch.”

The show’s history hasn’t proven to be super successful for the actual couples on the show, but hey, at least the OTT dating show has resulted in a lasting relationship for someone.