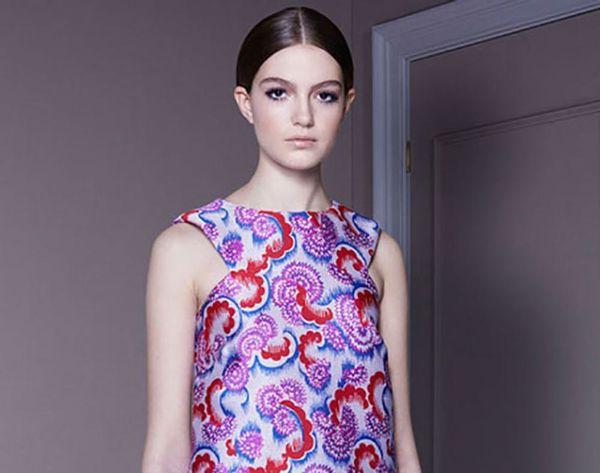 You’ll never guess what company just nabbed the next big fashion designer collab. Not H&M. Not Target. Not Banana Republic either. Amazon. Yup, the online giant is launching its first-ever exclusive clothing line by Osman Yousefzada, a London-based designer known for his minimalist approach to modern feminine silhouettes (like these pieces from his Resort ’15 collection). It’ll be available with your other one-click-buy essentials in November, just in time for the holidays.

According to The Cut, the capsule collection will feature party-ready pieces like an LBD, a tuxedo jacket and the designer’s first stab at jewelry in the form of a (we’re hoping very sparkly) statement necklace. The Amazon + Osman collection will even include a Christmas sweater, though no word yet if wearing it will get you on the naughty- or nice-dressed list. Judging on the price point — all pieces will sell for under $250 — you probably won’t be wearing it to your office’s tacky sweater bash.

Even if a store is not traditionally known for its on-the-pulse style selection, brands that have partnered with designers in the past have bolstered their reputations for being a part of the fashion conversation. And the effect spreads from the style set to loyal shoppers — after Target began tapping the likes of Missoni, 3.1 Philip Lim and most recently Altuzarra, a trip to the Red Bullseye is not complete without a stroll through its clothing racks. We bet that Amazon, where we normally go to buy ebooks, groceries and all things tech, is hoping for the same kind of rewiring.

Do you think Amazon’s new clothing line will reach a Target-level cult status? Tell us in the comments below.