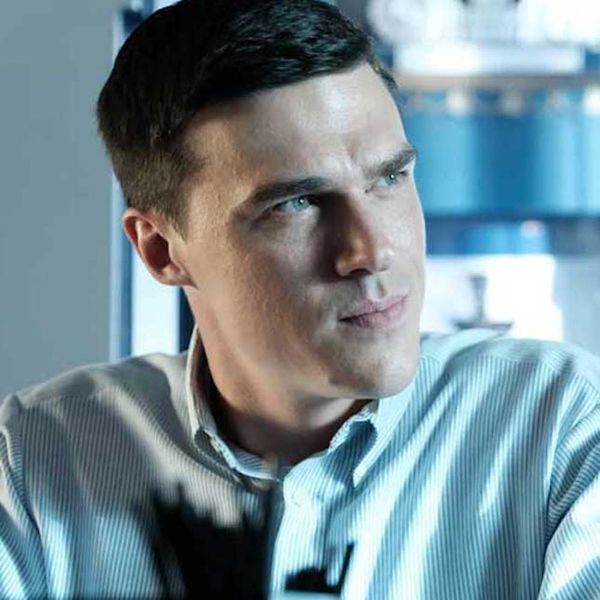 These past two weeks, American Crime Story has put forth two incredibly beautiful and heartbreaking episodes about the deaths that kicked off Andrew Cunanan’s murder spree, those of Jeff Trail and David Madson.

Madson was front and center last week, showing what ACS producers think most likely happened to him after Trail’s murder in his loft, interspersed with scenes of Madson and his father. This week, it’s Trail’s turn in the spotlight, as the show reveals his struggle as a gay naval officer and the way he met Cunanan.

Flashing back two years before his murder, we see Trail serving active duty in the Navy, stationed in San Diego. This is around the time when “don’t ask, don’t tell” was a new policy, but by all appearances, Trail loves his life in the military, even if it means hiding who he really is. That changes when he stops some fellow servicemen from beating another serviceman to death for being gay. This puts a huge target on Trail’s back and basically torpedoes his career.

The show makes it seem as though Trail meets Cunanan at a local gay bar and confides in him that he’s going to do an interview with CBS News program 48 Hours about gay people serving in the military. Cunanan makes a big show of talking about how servicemen who are against LGBTQ+ people in the military get to speak about it openly, while Trail has to hide his identity in order to even talk about the issue.

It’s a great point, though, weirdly, the timeline is a bit off. The 48 Hours special was filmed in 1993, which is around the time Cunanan and Trail met — not in 1995, as the show depicts, which may just be an error. There is also no evidence that Cunanan had anything to do with Trail’s decision to do the interview, but it does make for good storytelling and gets Cunanan more involved in Trail’s life in San Diego.

The show then jumps ahead to 1997, when Trail is already living in Minneapolis and Cunanan has come to visit him. It’s unclear if Cunanan’s jealousy over Trail and Madson’s alleged involvement started before he came to Minneapolis or after, but the show definitely uses that as the fuel that drives Cunanan to kill them both, though, in real life, the two were not involved. According to multiple accounts, the two were acquainted but not really even friends.

But Cunanan suspects the two are together romantically behind his back, so he invites Trail to Madson’s loft, and that’s where the episode ends for this story line, with Cunanan slamming the apartment door as he starts beating Trail to death with a hammer.

Outside of Trail’s story, we also get a few scenes with Gianni Versace after two weeks without any Versace material. This week, his experiences as a gay man dovetail nicely with Trail’s experience — they both give interviews about being gay, but while Trail has to conduct his in a seedy motel room with his face obscured by shadow, Versace, a celebrity, does his in a posh hotel suite with a glamorous photo shoot for The Advocate.

American Crime Story may be about Cunanan’s murder spree at its heart, but there is a thread running through it of the struggles gay men faced in the 1990s, as the movement itself was coming out of the closet and met with both support and violent hatred.

The juxtaposition of Trail and Versace is such an interesting framing device that it’s almost a shame we have to spend any time with Cunanan in this episode. Yes, he is the tie that binds all these men together, and Criss is doing an incredible job with the role, but his self-hatred and jealousy and the psychopathic way they manifest themselves is so ugly and manipulative and even jarring. It would have been nice to avoid him altogether for a week.