This Report Might Make You Think About Going Vegetarian 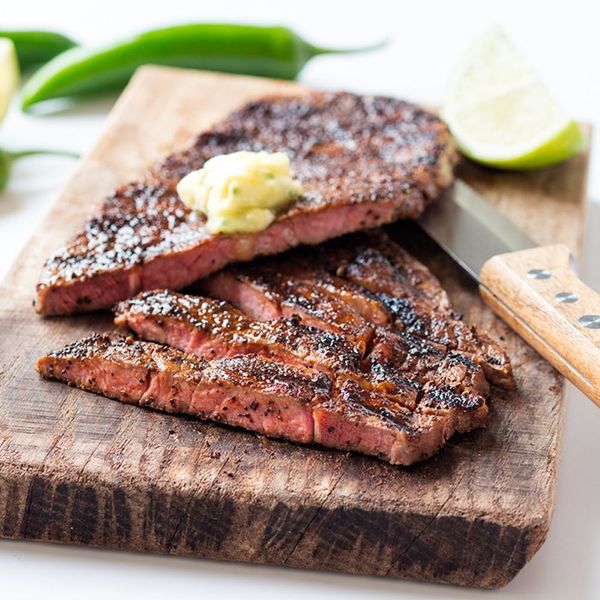 Chances are, you or at least one person you know are on the “let’s lose weight” bandwagon right about now (okay, guilty!). Whether you’ve started exercising more, Pinning more salad recipes or gone full-on Beyoncé 22 day vegan, there’s some new science news you might want to listen up for when it comes to our food supply.

According to a report in The Atlantic, there might be a reason that the average American waistline is expanding — meat. Or, more specifically, the antibiotics that are in the meat we eat. In animals raised for their meat, antibiotics are used to prevent infection — not treat an illness, like with humans. Antibiotics stimulate the animal’s appetite and growth, which makes them larger and fatter and, well, meatier.

When the antibiotics we’re eating enter our gut, they’re really entering our microbiome, the mini ecosystem of bacteria + co. that keep us and possibly our metabolism in check. You know how when you take an antibiotic, your doctor tells you to eat yogurt to replenish them? It might now be possible that antibiotics entering our bodies through the food we eat are diminishing and disrupting that good bacteria over time, which could be having a negative effect on our metabolism and our weight.

In 2014, 34 million pounds of antibiotics were used for food animals for preventative measures, up 22% from 2009, according to The Atlantic, which sites an FDA study from last year. While it’s virtually impossible to not digest antibiotics (they also enter our bodies through biowaste in soil and water), it’s definitely something to be more cognizant about in the future. Maybe Bey and Jay had it right this whole time…

Look up some healthy non-meat alternatives on our Pinterest page!