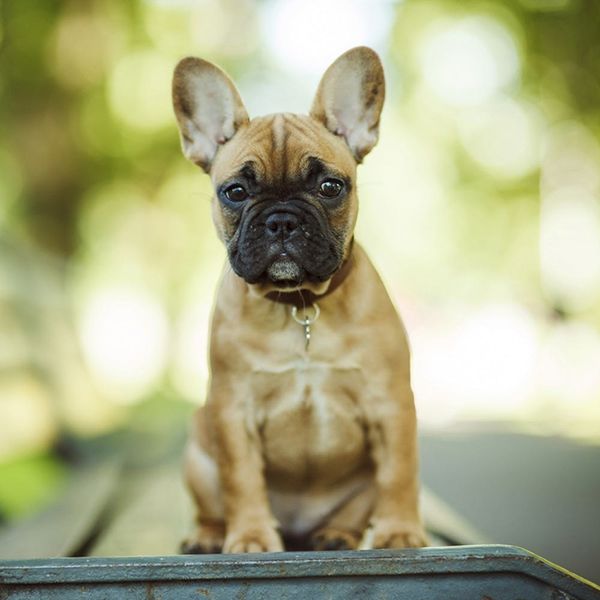 Next to the ultra-fluffy labradoodle, dogs like pugs and bulldogs are two of the trendiest pups to own at the moment. And it’s easy to understand why. With their squishy faces and excessive wrinkles, it’s hard not to love this type of dog. But according to a recent report by the BBC, the features that make flat-faced dogs adorable are actually causing them really painful health issues.

The report focuses primarily on a condition flat-faced dogs are often afflicted with called “brachycephalic obstructed airways syndrome.” Basically, that’s a fancy way of saying they can’t breathe properly. Their squished faces and short noses obstruct airways, and often surgery is required. The expensive procedure requires vets to manually remove pieces of tissue and widen nostrils so the dogs can breathe.

Additionally, vets warn that these types of dogs commonly suffer from a few other health problems. They’re prone to eye ulcers and many cannot reproduce without a cesarian. “Most owners — and some vets — think airway noise and consequently reduced activity, is normal, so the problems are rarely discussed,” says a chief vet at London’s Bluecross Animal Hospital.

Sadly, it seems as though all these health issues are causing more owners to abandon their pups. BBC claims Bluecross Animal Rescue and Battersea Dogs Home, also in London, received a total of 314 flat-faced dogs in 2015, compared to 226 in 2014. And with the way breeding is going, experts only see this number getting worse.

But this isn’t just one animal association warning about the health risks these dogs face via selective breeding. In the BBC report, five different veterinary associations back the claim. Additionally, more than 12,000 vets and vet nurses have signed an online petition which calls for a working party to address the increasing health problems in flat-faced pups.

First the Brangelina split and now this? Next week better bring news of unicorns being real to make up for all this terribleness.

Cortney Clift
Cortney is the senior writer and special projects editor at Brit + Co. She typically covers topics related to women's issues, politics, and lifestyle. When she's not buried behind her computer you'll find her exploring New York City or planning her next big adventure.
Dogs
Entertainment
Dogs
More From Entertainment