Anthony Bourdain Was an Outspoken Advocate for Immigrant Rights 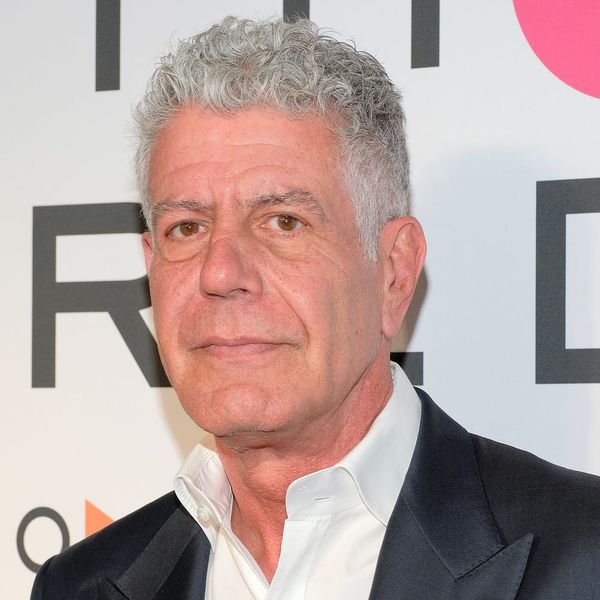 Anthony Bourdain has died at the age of 61. In the outpouring of grief and celebrity tributes that have followed since CNN broke the tragic news of Bourdain’s apparent suicide, the world is remembering Bourdain not only as a gifted storyteller with a genuine curiosity for lesser-told stories, but as an advocate for vulnerable communities. Bourdain was an early supporter of the #MeToo movement — his partner, the director Asia Argento, was among the high-profile women to go public with sexual abuse allegations against Harvey Weinstein. Bourdain was also, notably, an aggressive and impassioned defender of immigrants.

During President Donald Trump’s campaign leading up to the 2016 election, Trump vowed to deport 11 million undocumented immigrants as president. Bourdain used his platform to remind the nation how much we depend on the contributions of immigrants, including those who are undocumented. On SiriusXM’s StandUp With Pete Dominick, Bourdain said that the deportation of 11 million immigrants would cause every restaurant in the US to “shut down.”

“I rolled out of a prestigious culinary institute and went to work in real restaurants,” he said in a quote that has already been re-circulated by the digital magazine Remezcla. “I walked into restaurants and always, the person who had been there the longest, who took the time to show me how it was done, was always Mexican or Central American.”

Remezcla also points out that Bourdain’s advocacy for immigrants began long before President Trump hit the campaign trail. In 2007 interview about undocumented immigrant labor in US kitchens, he told the HoustonPress, “The bald fact is that the entire restaurant industry in America would close down overnight, would never recover, if current immigration laws were enforced quickly and thoroughly across the board.”

“Illegal labor is the backbone of the service and hospitality industry — Mexican, Salvadoran and Ecuadoran in particular,” Bourdain continued.

Bourdain was persistently critical of US immigration policies that don’t factor the US relies on Latinx labor and boasts affiliation to its cultures and cuisines. Bourdain advocated for paths to citizenship for “long-employed, tax paying, non felonious kitchen help from Mexico and El Salvador,” both on Twitter and throughout his various food and travel series.

As Remezcla noted in a separate post, Bourdain also demanded that the US food industry show more institutional respect to the Latinx immigrants that form the workforce’s backbone. In 2012, Bourdain called out the prestigious James Beard Foundation Awards for failing to recognize Mexican culinary talent despite the overwhelming proportion of Mexicans and other Latinx immigrants who make up the restaurant hospitality labor force.

On his personal tumblr in 2014, Bourdain wrote: “In nearly 30 years of cooking professionally, just about every time I walked into a new kitchen, it was a Mexican guy who looked after me, had my back, showed me what was what, was there—and on the case—when the cooks more like me, with backgrounds like mine—ran away to go skiing or surfing—or simply flaked.”