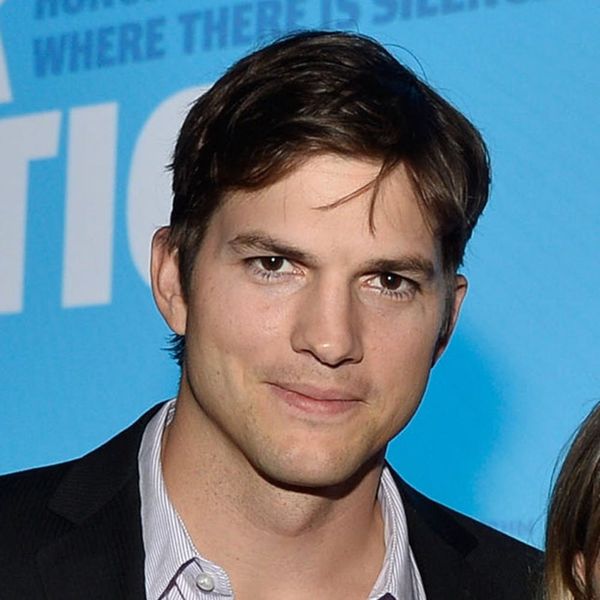 Many new celebrity parents want to shield their little ones from the spotlight in the beginning of their lives to protect the innocence of being young. This only heightens curiosity among people who want to get a peek at their fave celebs’ creation. That’s why it’s now “normal” for celebrities’ first snaps of their child to garner a lot of chatter on social media — their huge follower bases definitely pay attention to what they post, especially if it’s baby-related ;) Ashton Kutcher has been particularly private after the birth of his daughter Wyatt Isabelle, but recently took to Instagram to share much more than just a first pic of his precious baby girl.

Ashton posted a photo of Wyatt pointing to the sky, staring out at the clouds — she’s totally in one of those delightful, daydream-y dazes that only carefree children can fully experience (ahhhh, takes us back to those times!). While the photo is super cute, Ashton took the opportunity while he had his followers’ full attention by captioning the photo with a cause he’s passionate about: the Red Sand Project.

The #redsandproject is activist Molly Gochman’s mission to raise awareness of modern slavery. The photo Ashton posted of Wyatt shows her standing next to a noticeable crack in the sidewalk that’s been painted red, with the caption “39 million people have fallen through the cracks into modern day slavery. #redsandproject.” While celebs have been known to make a big bang with their children’s cover-worthy debuts, adding a project you care about brings a whole new meaning to these special photos. Yay for getting a first look at baby Wyatt (finally!) and props to Ashton for shedding light on a worthwhile cause at the same time.

How cute is Wyatt? Sound off below.

Beth Wischnia
You can typically find this Texan writing, trying on a new lipstick, gabbing with her identical twin sister or volunteering at the local animal shelter. She finds inspiration from rosé, beauty products, Tex-Mex and cats.
Celebrity Baby
Moms
Celebrity Baby
More From Moms