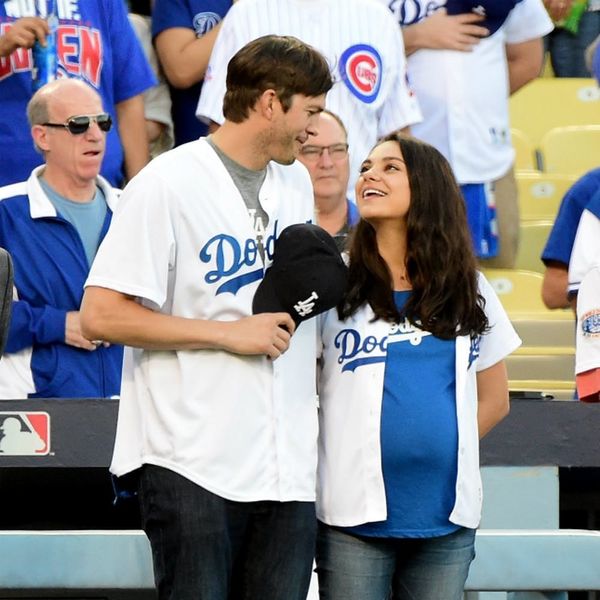 Celebrities seem to be able to get away with baby names that the rest of us could never imagine. With names like Saint or Sailor, we can always rely on our faves to name their babies the most unique names they can come up with. But there are also celebrities who go even MORE out there with their name choices (Pilot Inspektor is one of the weirdest baby names we have ever heard), and by the sounds of it, Ashton Kutcher is one of them, as he’s pushing for Hawkeye for his soon-to-be-born son with wife Mila Kunis.

On the Conan O’Brien Show, Kutcher said he picked Hawkeye based on his home football team (not The Avenger’s Hawkeye), but Mila nixed it. Truthfully, Ashton says that the couple have had a name “dialed-in” for a while, but that if you pick a name early on, sometimes you can fall out-of-love with it as your due date approaches.

So, while they probably have a baby name picked out, they might also have baby-naming jitters. We always find that naming a second born is way harder than the first, since the second baby’s name has to flow well with its older sibling’s.

What are your favorite baby names? Tell us @Britandco!

Kat Armstrong
Kat has been a writer, social media maven and mom for longer than she's willing to admit. She's also spent time in front of and behind the camera, interviewing celebs, politicians and acting as a producer for fashion and artistic photography shoots. When she isn't writing for various orgs and publications, she's hanging with her kids, husband and French Bulldog, Peter, in Toronto, Canada.
Celebrity Baby Names
Celebrity News
Celebrity Baby Names