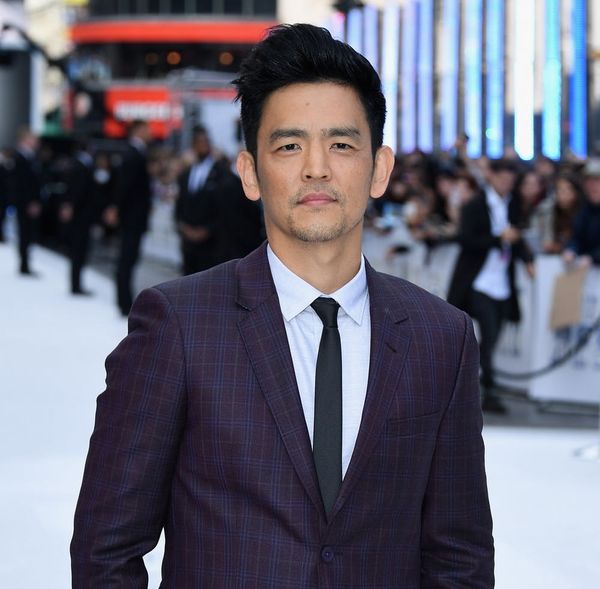 The popularity of Star Trek Beyond has basically guaranteed mainstream fandom for a franchise that was once considered geeky and alternative — now, we can even wear our trekkie status on our nails! What’s also great is that the stars have used their larger platform to speak up about issues that are important to them, like Zoe Saldana’s struggle with an autoimmune disease.

While things are a little bit better now on TV concerning diversity (though if the bar was so low before, how can you go anywhere but up?), there are still many in Hollywood who tooootally should be getting more work. Lucy Liu and John Cho are well-known names now — here’s hoping that Hollywood gives the following Asian actors more face-time onscreen.

1. Constance Wu: She is hilarious on Fresh Off the Boat and has been very vocal about the white-washing that happens in Hollywood. Wu is talented and beautiful — this should be a no-brainer. (Photo via Dave Kotinsky/Getty)

2. Steven Yuen: Yuen is notable not only for playing a main character for The Walking Dead, but for being one of the few onscreen love interests in Hollywood played by an Asian male. This may sound ridiculous, but since Asian men are often desexualized in mainstream American media, Yuen’s portrayal of Glenn as a total badass who is considered hot AF is actually groundbreaking. It shouldn’t be though. But first, we need to see him in more stuff. (Photo via Jesse Grant/Getty)

3. Jake Choi: This Queens native has a versatility that is showcased on his IMDB page — a stint on Broad City, an arc on Younger and a role in Wolves, the basketball drama starring Carla Gugino and Michael Shannon which opened earlier this year. Fingers crossed we see more of him. (Photo via Noam Galai/Getty)

4. Rahul Kohli: Are we including South Asians on this list? Yes we are, because representation is important. Also, because Rahul Kohli from iZombie is a handsome human being who needs to be on TV more. (Photo via Frazer Harrison/Getty)

5. Anna Akana: You might recognize her by her brief appearance at the end of Ant-Man, but many are more likely to know her from her YouTube fame. Akana is a real self-made star, and her witty and sometimes poignant videos have reached more than 1.5 million subscribers. (Photo via Neilson Barnard/Getty)

6. Priyanka Chopra: This woman is goals when it comes to her red carpet style and her classic updos. But Chopra was already a huge star in India before Quantico gave her fame stateside. (Photo via Brad Barket/Getty)

7. Daniel Henney: Another actor who is more appreciated outside the US, Henney will hopefully get more recognition now that he is a series regular of a Criminal Minds spin-off, Beyond Borders. (Photo via Chelsea Lauren/Getty)

8. Sendhil Ramamurthy: Luckily for us, this Heroes alum has been working steadily since the series ended in 2010, chalking up arcs in Covert Affairs and Beauty and the Beast. (Photo via Frazer Harrison/Getty)

Who are some Asian actors you wish to see more of on your favorite TV shows? Let us know @BritandCo!