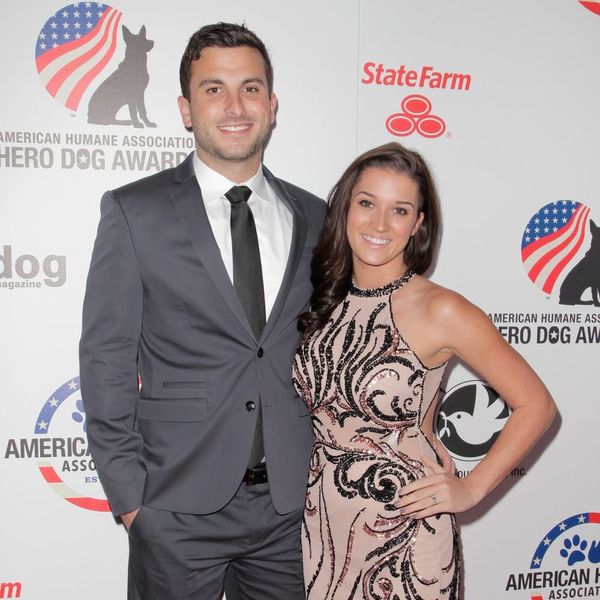 Sadly, most of the news coming out of the Bachelor in Paradise universe is pretty dire right now, with allegations of “misconduct” forcing the current season to be halted (FYI: Host Chris Harrison has just spoken out about the sitch and addressed rampant “misinformation”). But one former Paradise alum is staying away from the scandal while focusing on her own happily-ever-after. We’re talking about Jade Roper, who just showed off her growing baby bump in an adorable new pic.

Taking a selfie in her bathroom with minimal (if any?) makeup, loose hair, and a comfy outfit, the 30-year-old mama-to-be is definitely glowing and seems to be noticing one particular difference as her belly grows, captioning the pic with “I’m almost round enough now to where I find myself resting my arm on top of my belly instead of only holding it from underneath.”

I'm almost round enough now to where I find myself resting my arm on top of my belly instead of only holding it from underneath. 😂 #26weekspregnant #feelingtiredthisweek 🤰🏻

At 26 weeks pregnant, she admits that she’s feeling the effects of making a tiny human, adding the hashtag, “#feelingtiredthisweek.”

Roper and hubby, 30-year-old Tanner Tolbert, who met during the second season of Bachelor in Paradise, were married back at the beginning of 2016 during ABC’s special edition of The Bachelor: A Celebration of Love and announced this past March that they were expecting their first little one. And though there’s still quite while to go, we can’t wait for this BIP baby to arrive!

What changes surprised/amazed you during pregnancy? Let us know @BritandCo!

Desiree O
Desirée O is a ‘Professional Bohemian’ who loves anything and everything related to the arts, entertainment, and pop culture. She ADORES being a ‘Newsy’ for Brit + Co, covering all of the latest tidbits of awesomeness that you want to read about. When she’s not writing, she’s either making messy art, going on long adventurous walks with her camera, or poking around over at bohemianizm (http://www.bohemianizm.com/). You can find out about Desirée O and her work at http://DesireeO.com/ or follow her on Twitter @DesireeO.
Pregnancy
Celebrity News
Pregnancy
More From Celebrity News