‘Bachelorette’ Recap: The Most Cringeworthy Moments from Season 14, Week 6 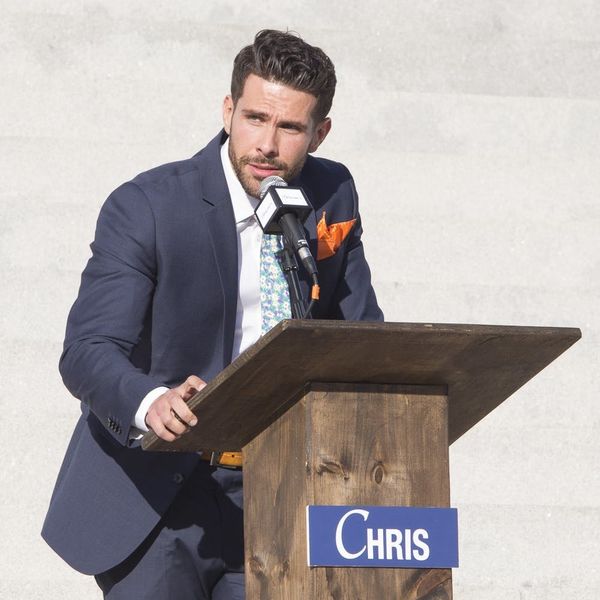 Another week, another childish feud between two grown men on The Bachelorette. Becca Kufrin’s bachelors just can’t seem to get it together, and they are running out of time. (Not to mention that she is running out of patience.) This week’s episode, like last week’s and pretty much every other episode this season, was dominated not by romance and roses but by petty drama playing out in very public, very uncomfortable ways. So let’s just jump right in.

Swoon-worthy: Jason’s one-on-one date with Becca. We’ll start on a positive note, because things are going to get pretty frustrating in a few minutes. Jason and Becca’s date was a tour of Richmond, Virginia, complete with a goth happy hour, which is one of the more unique activities we’ve seen this season. Later, she flew in his best friends to join them at a local bar, and for a minute they seemed like just a normal, happy couple. Jason was moved nearly to tears by the gesture, and his buddies did their best-friend duty in talking him up to Becca, who said they reminded her of her own friends from home.

The two of them grew even closer at dinner that night, when Jason told Becca a heartbreaking story about going with his dad to visit his grandmother, who had Alzheimer’s and didn’t recognize her son. He said he felt safe opening up to Becca about the memory, and she responded in kind by telling him about losing her dad when she was 19. It felt like a real, genuinely emotional moment for both of them — and for us, honestly. Needless to say, he got the rose. Unfortunately, the episode was mostly downhill after that.

Cringeworthy: Beccalection 2018. For her group date this week, Becca challenged Blake, Wills, Connor, Colton, Garrett, Lincoln, and Chris to “debate” one another for her affections, in front of a crowd that included the governor of the Commonwealth of Virginia. And, well, it was a disaster.

Most of the guys at least tried to be charming, but Lincoln and Chris made no such effort. After Lincoln made a snide remark about Chris wanting to pack his bags and leave last week, Chris decided to air *ALL* of their dirty laundry. He went off on Lincoln, calling him “malicious and aggressive,” claiming Lincoln had fat-shamed him, and saying Becca “would be disgusted” if she knew who he really was. (Reminder: There was an audience for all of this.)

Becca did look disgusted, but not just with Lincoln. And things devolved even further at the cocktail party. Lincoln and Chris continued to use their time with Becca to just talk about each other, until she was so frustrated with the situation that she didn’t want to be around any of the guys. (Honestly, same.)

Swoon-worthy: Leo’s one-on-one date with Becca. Thank goodness for Leo. The long-haired stuntman has always seemed like kind of a long shot, but tonight he pulled ahead of some of the other guys by helping Becca out of her funk following the group date. By her own admission, she was not in a great headspace when their one-on-one started, but Leo let her vent, reassured her that he was there for her, and then shucked some oysters to distract her. It wasn’t the most romantic date, and Leo is still probably a long shot, but it was nice to have a little break from the Chris-Lincoln saga. Which brings us to the next cringeworthy moment.

Cringeworthy: Chris’ last-ditch effort to save himself. After Leo came home from his one-on-one date with a rose, Chris knew his days were numbered, so he made the very ill-advised decision to surprise Becca at her hotel and make a case for why she shouldn’t send him home. To no one’s shock, it didn’t work. Becca told him there were too many red flags and it wasn’t going to work out, and he responded by … basically proving her right. When he left, after refusing to let Becca walk him out, she declared, “He’s not the guy I want in my life, ever.”

There was one good thing about the drama with Chris, though. Afterward, Becca was so over it that she canceled the cocktail party, went straight to the rose ceremony, and cut everyone she felt so-so about — namely Connor, whom you may remember from the framed photo fight earlier in the season, and Lincoln, whose past should have disqualified him from competing in the first place.

That leaves Jason, Colton, Leo, Garrett, Blake, and Wills still in the running. For now.

Which guy would you like to see with Becca? Tell us @BritandCo!