‘Bachelorette’ Season 14 Recap: The Most Cringeworthy/Swoon-Worthy Moments of Episode 2 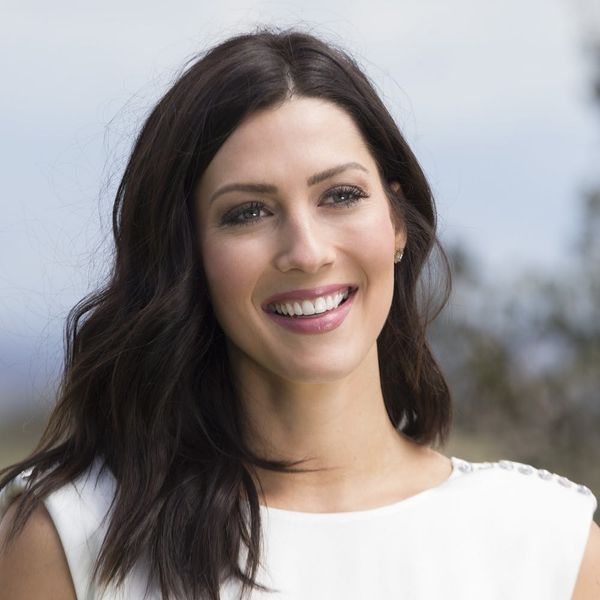 Becca’s Bachelors really know how to ruin a party, huh? Episode two was a bumpy one for our season 14 Bachelorette, with lots of ups and downs — but more of the latter. So without further ado, here are the four most cringeworthy moments of the night, plus one swoon-worthy moment to redeem them all.

Cringeworthy: Lincoln’s questionable obstacle-course win. Becca’s first group date involved an engagement obstacle course set up by none other than season 13 Bachelorette Rachel Lindsay and her fiancé, Bryan Abasolo. The challenges included running with a literal ball and chain attached to one leg, standing in ice water for a set amount of time (to symbolize cold feet), climbing a slippery slope, tossing a bouquet of flowers into a vase, searching for an engagement ring hidden inside a wedding cake, and then scooting down the aisle on bended knee to propose.

Lincoln was the first to pop the question to Becca, but the circumstances around his win were a little fishy. For one thing, he jumped out of the ice water way ahead of anyone else, even though they all jumped in at roughly the same time. And for another, there was some definite elbowing as he and David made their way down the aisle. We’re not saying he definitely cheated, but, well, the other guys are.

Cringeworthy: Connor’s reaction to the photo of Lincoln and Becca. As a reward for winning the obstacle course, Becca gave Lincoln a picture of them posing at the makeshift altar in their dirtied-up formalwear. Lincoln used it to rub his win in everyone’s faces, proudly displaying it next to the date rose in the center of the table and standing it back up anytime someone flipped it face-down. It wasn’t the most mature thing he could have done, but Connor escalated the situation in a big way when he grabbed the framed photo and threw it across the pool.

Lincoln of course told Becca about the incident, which forced Becca to have a talk with Connor. She rightly called him out on being too aggressive and said in no uncertain terms that she’s looking for a man who can be respectful and not stir up drama. (Hear that, every other guy in the mansion?)

Connor earned back some points at the end of the episode when he gave Becca a framed photo of himself from that night, for the express purpose of having her throw it across the pool to “get rid of that guy,” but still — red flag.

Cringeworthy: Colton’s revelation about his prior relationship with Tia Booth. Colton was part of group date number two, which involved a pretty intense game of dodgeball. But for Becca, the most painful moment of the date came later that night at the cocktail party, when Colton divulged that he had briefly dated her friend and former Bachelor costar Tia Booth before coming on The Bachelorette.

Everyone has a past, obviously, but Becca was thrown by the confession and visibly emotional for the rest of the night and into the next morning. She and Colton talked about it again at the pre-rose ceremony cocktail party, and she admitted that she didn’t want to invest in him until she could figure out how she felt about the whole awkward situation.

Swoon-worthy: Blake and everything about his date with Becca. Thank goodness for Blake. His one-on-one date with Becca was one of the few high points of the episode, and not just because they got to take sledgehammers to the remnants of her relationship with Arie. (That couch had to go.)

Blake and Becca have a really natural chemistry together, and that was clear in every moment of their date. Nothing felt too forced or awkward, and he didn’t seem to have any trouble opening up right away, which is crucial when you only have a few weeks to get to know someone.

We’d like to award a few roses, too, to Lil Jon, who deejayed Becca and Blake’s demolition date; Fred Willard, who provided color commentary for the dodgeball game; and the three ruthless kids who coached the guys before the dodgeball game. (We laughed out loud when the little girl yelled, “You guys are turtles!” as they ran around the gym.)

What was your favorite (or least favorite) moment of tonight’s episode of The Bachelorette? Tell us @BritandCo!