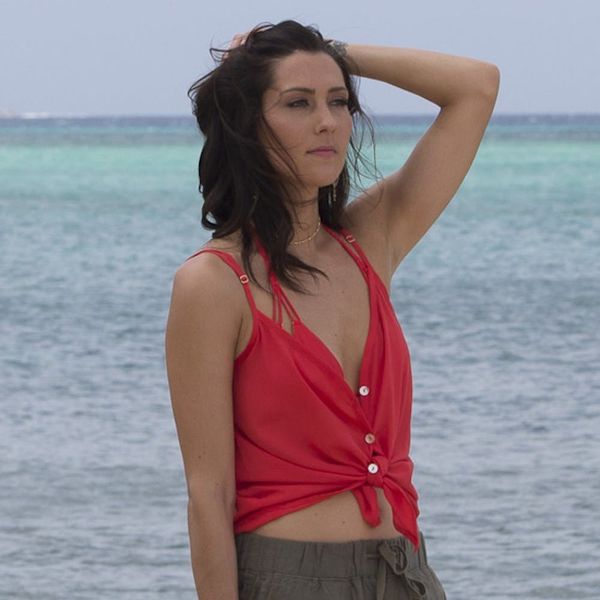 The Bachelorette season 14 has felt more dramatic off-screen than on this year, but in the latest episode, former Bachelor season 22 contestant Tia Booth made an honest confession to star Becca Kufrin that left the leading lady “frustrated.” Spoiler warning: if you haven’t seen the most recent episode, you might want to stop reading now.

Booth, who appeared earlier on Kufrin’s season with some of the other season 22 Bach ladies for a spa day, previously revealed that she and contestant Colton Underwood had a fling before he became one of Kufrin’s suitors. In Monday’s episode, she returned to help the 28-year-old Bachelorette whittle her final four guys — Underwood being one of them — down to three. But she also needed to get something off her chest.

“I just have to be fully out there and put it out there because it’s been weighing on me,” Booth said after pulling Kufrin aside, admitting that she still had feelings for Underwood. “It makes me sick to my stomach,” she continued, saying that hearing about her friend’s intimate hometown date with her ex was hard to hear.

Kufrin was taken aback. “I thought we put that to bed weeks ago. It makes me frustrated, it makes me angry, it hurts my heart,” she later told the camera. “I don’t want to lose any friendship over a guy, but the last time I saw Colton, he told me that he loves me, and so now I don’t know what to do.”

Ultimately, Kufrin didn’t move ahead with Underwood, but she said her conversation with Booth didn’t factor into her decision. Booth is set to appear on Bachelor in Paradise season 5, premiering August 7, 2018, at 8pm ET, so it will interesting to see how her feelings for Underwood factor into her time on the show.

Do you think Tia did the right thing telling Becca? Let us know @BritandCo.