Balenciaga’s Platform Crocs Will Have You Asking, “But, Why?” 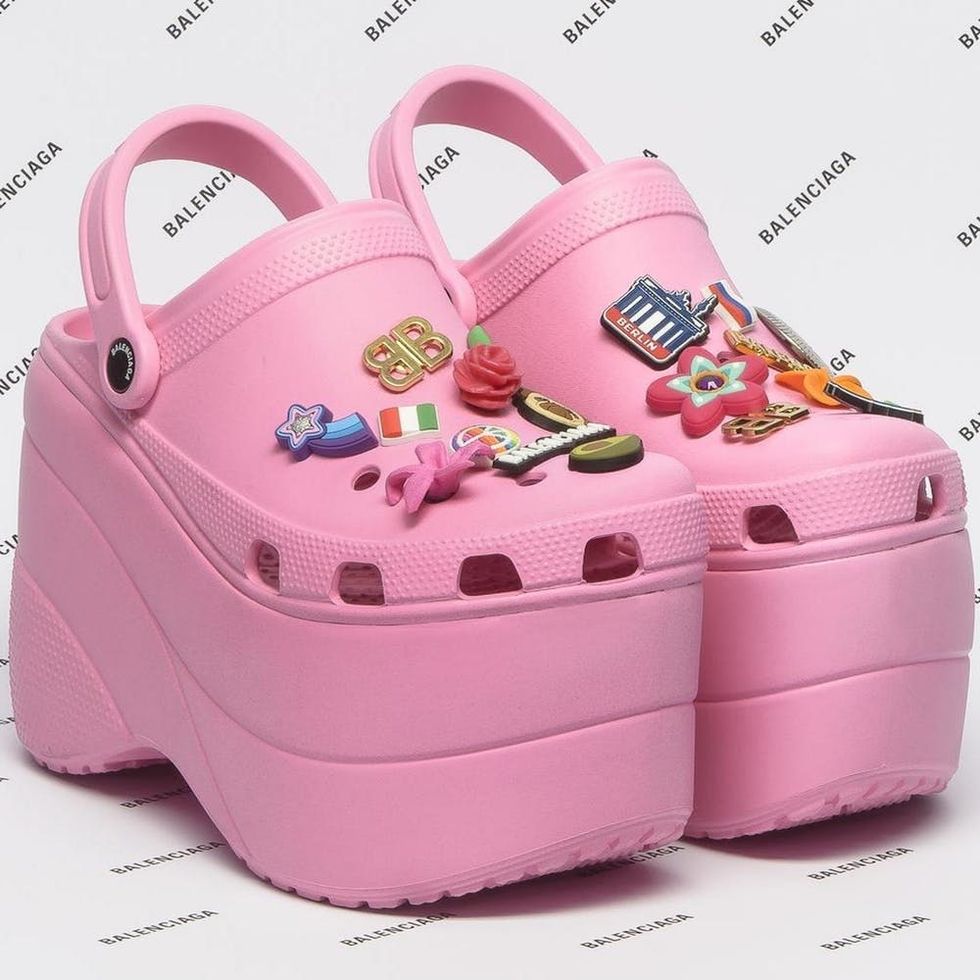 Crocs are the shoes people love to hate, but at the same time, can’t quit, especially when it comes to the runway. Christopher Kane and his rock Crocs made a splash at London Fashion Week last year — and now, Balenciaga is taking a crack at revamping the footwear for the fashion set.

The Spanish design house collaborated with Crocs on a 10-centimeter (four-inch) platform version called the Foam.

True to its name, the footwear is constructed of bright foam and bedazzled with custom plastic pins sort of like the ones of kids’ Crocs. Seems like Balenciaga’s creative director, Demna Gvasalia, wanted to bring that colorful kitschiness to adults as well, but one pressing question remains: Why?

The Twitterverse chimed in with its thoughts.

When you thought 2017 couldn't get any worse…

While everyone was busy worrying about climate change and being nuked, someone made platform crocs. This imminent threat needs to be stopped pic.twitter.com/DJpYxRJkvs

Ladies and gents, our worst fears have come true: Today, on October 1st, 2017, Balenciaga decided to send PLATEAU CROCS down the runway pic.twitter.com/02wgptaXCr

The Foam will be available globally come spring. There’s no word yet on how much the new platform Crocs will cost or what colorways will be available, but considering Balenciaga’s track record with “ugly shoes,” they’ll probably set you back a pretty penny.

What do you think of the new Crocs style? Tell us @BritandCo!

Shea Lignitz
Shea can be found in the nearest bookstore or brewery, exploring the great outdoors, or blasting Led Zeppelin. She grew up in the cold and rain of Northern California's redwoods but is currently wandering around Texas.
Fashion Week
Style News
Fashion WeekShoes