Because of These Issues, Today’s Midterms Might Be the Most Important Election of Our Lifetimes 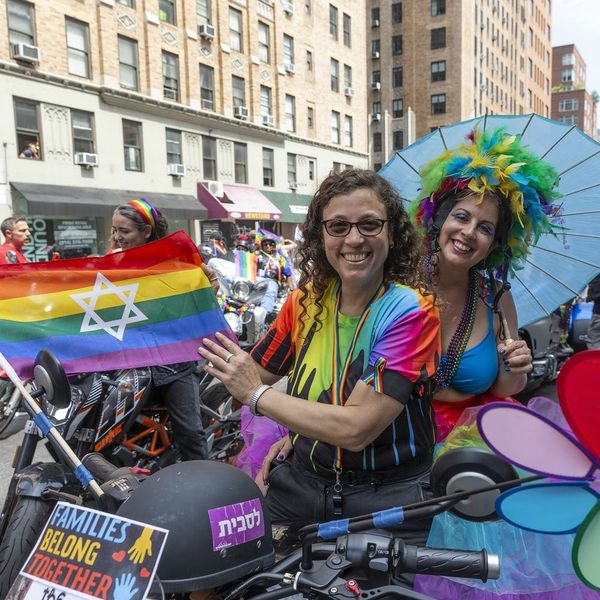 Midterm elections are happening on Tuesday, November 6. Once you’ve figured out where to go and what to bring to the polls, understanding key issues and how you feel about them should be the main factor in figuring out how you vote come election day. But what are you voting for?

One of the main things people are talking about during this midterm election cycle is whether or not the Trump administration is doing a good job. Those who think he is can vote Republican in hopes that the party will keep a majority in Congress. Those who don’t may want to vote Democrat to help flip the House and Senate, which would make it harder for the Trump administration to pass policy items through Congress.

But outside of the bigger picture, where does each party stand on things like health care, immigration, and LGBTQ+ issues? These three items are this election’s main issues, so understanding where each party stands on them should help you make a choice on election day.

The health care debate has been a big one for the Democratic party, which has been pushing more and more toward either fixing the Affordable Care Act, or moving toward a national health care plan like in the UK and Canada. Republicans, meanwhile, have spent the past two years trying to repeal or fracture the ACA beyond recognition, as the public have increasingly sounded alarms.

Beyond the attempts at removing protections many Americans rely on in order to receive basic medical care, women, specifically, could face the worst outcomes, which could lead to job loss, long-term disability, or even worse. While repeal attempts haven’t quite worked out in their favor in the last two years, if Republicans gain more seats in this year’s midterms, they may swing back toward repealing the ACA altogether.

While thousands of Central Americans walk toward the southern US border in the hopes of seeking asylum from gang violence, police brutality, and other dangers, each political party is using the refugees as a touch point heading in to the midterms.

For Republicans, the refugees are a “caravan” that are invading and need to be stopped, which is why the president has committed to sending thousands of troops to the border, a prospect that historically has been incredibly violent, both for those seeking asylum and American citizens. On top of this, the president has also threatened to end birthright citizenship by overriding the 14th Amendment of the Constitution, which guarantees birthright citizenship, meaning naturalized children of immigrants without status would have their citizenship revoked.

While the GOP pushes forward for limited rights for millions of people and increased border security, the Democrats are aiming for a softer approach. The party definitely does not want to allow anyone into the country (although they’ve been accused of it by the president), but is open to welcoming refugees seeking asylum at our southern border. Numerous members of the party are also in support of abolishing ICE.

The Dems would also stop family separations, end detention of asylum seekers, and fight to ensure the 14th Amendment is upheld.

Since President Trump took office, the GOP has a bleak track record on LGBTQ+ rights. The GOP has fought to circumvent laws by reinterpreting Title IX protections, including those allowing students to use the bathroom of their choice, and by removing any wording that clarifies gender as a spectrum, forcing people to be considered either male or female as per their assignment by a doctor at birth.

The president has also tried to ban trans service people from active military duty, and has promoted judges and other officials with anti-LGBTQ+ records to high-ranking positions.

The Democrats, meanwhile, have promised swift action in the House if elected on Tuesday. Democratic hopefuls aim to prioritize anti-discrimination laws that would (for the first time in US history) guarantee widespread equal rights protections for LGBTQ+ people.

And although you may not fit into the LGBTQ+ minority bubble, history shows us that when certain segments of society are persecuted, crackdowns on other groups’ rights quickly follow. So today’s LGBTQ+ discrimination can easily become precedent-setting in removing rights for other folks.