On Election Day, Don’t Rely on Polls to Make Your Voting Decisions 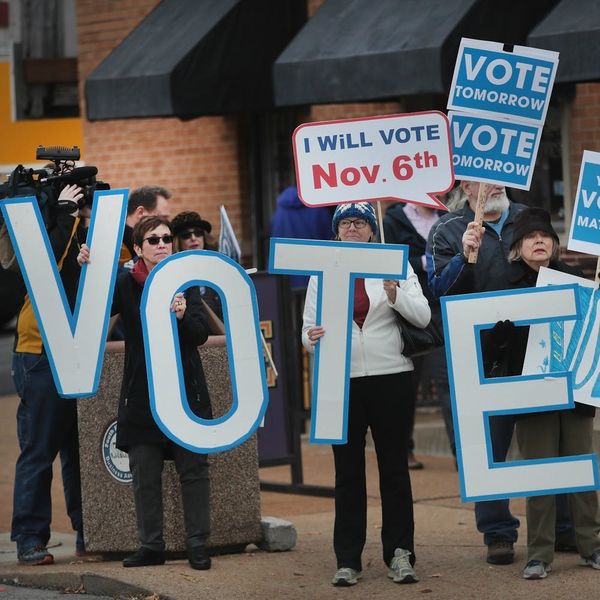 With midterms less than a day away on November 6, 2018, you might be surprised to know that there are still plenty of undecided voters out there. While some of those undecided folks might choose not to vote at all, others may look to the polls to help make up their minds on who to vote for (or to justify their decision not to vote in the first place — a recipe for regret).

But while polling data can make for an interesting talking point on cable news, it shouldn’t be used to make or break our game plan on election day.

Take the last presidential election. Back in 2016, polls showed then-candidate Hillary Clinton winning, but in three key states, Clinton lost. While she did win the popular vote, Pennsylvania, Wisconsin and Michigan helped swing the electoral college for Trump. At the time, and through to this year’s midterms, there’s been a lot of talk about whether polling works or if it’s broken, but the question isn’t as simple as that.

While many pundits are quick to point to the failure of the polls in 2016, using cherry-picked data to make their points, pollsters admit that the difference between state and national polling played a huge part in their inability to correctly guess at the 2016 election results — something that may be blamed on what pollsters call “nonresponse bias.”

Nonresponse bias essentially happens when a segment of the voting population simply doesn’t respond to polls. This can happen for any number of reasons, but since 2016, it’s been suggested that the voters who helped usher in Trump were likelier to opt out of poll participation, and there could be many reasons why. It may have been due to election anxiety or a lack of understanding of what polls are supposed to do, or even people responding dishonestly about their voting day intentions.

The Pew Research Center also points out that while election polling is often a good indicator of how decided voters will go, it’s generally flawed because pollsters need to extrapolate based on a relatively small subset of data and also factor public opinion and just how likely it is that people may swing in one direction or the other based on questions that tend to be less cut-and-dried.

So can we trust polls at all? Wired took a look at over 1,300 polls across the world conducted over the last 75 years and found that, for better or worse, poll accuracy has not actually changed that much — not with the advent of television, the internet, or mobile telephones. Polling will remain a flawed but interesting metric, but we shouldn’t use it to make voting decisions.

Instead, understanding our local races, and knowing where we stand on key issues like health care, immigration, or women’s rights should help you decide who to vote for on election day. And if you think that you don’t understand politics at all, the good news is that you don’t really need to. All you need is to know what’s important to you and make your decisions based on that. It’s really that simple, despite what the polls may lead you to believe.