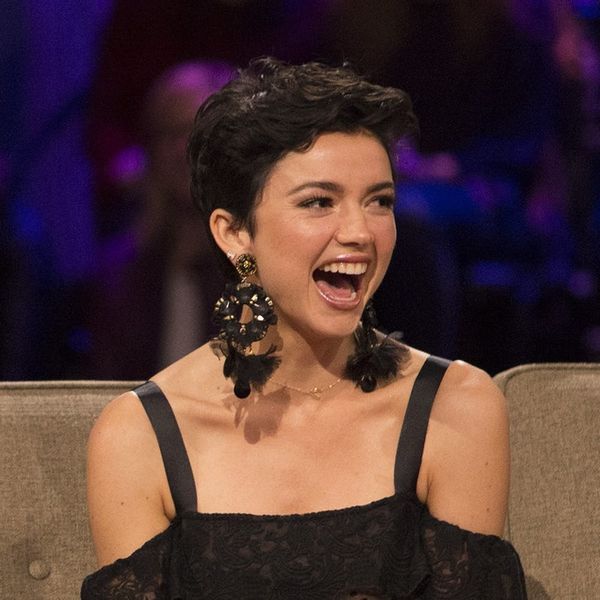 The Bachelor star Bekah Martinez and her boyfriend, Grayston Leonard, welcomed their first child into the world on Saturday, February 2, and now, a week later, the first-time mama has shared her little girl’s name, as well as the powerful meaning behind it.

She then proceeded to break down the inspiration behind the moniker, piece by piece. “Ruth = Grayston’s grandmother’s name, and one of my favorite biblical stories. Hebrew for friend or companion,” she began. “Ray = Because Ruthie Ray is too damn cute. De La Luz = My dad’s middle name. Spanish for ‘of the light.’ A tribute to my Mexican heritage.” And last but not least, “Leonard = Her Daddy’s last name.”

The 23-year-old reality TV star hasn’t been shy about sharing her motherhood journey on Insta, regularly posting snaps of her pregnancy, the water birth of little Ruthie, and the adorable babe herself. As she revealed in an Instagram Story recently, she’s been loving every minute of motherhood, even if it isn’t always easy.

As E News! reported,Martinez confessed that she’s “breaking out all over the place, everything’s got breast milk on it, running exclusively on naps, crying every other hour… and feeling so lucky to be going through this.”

Do you have a fave Bachelor alum or couple? Tweet us @BritandCo.