Why Bella Hadid Cried at Two Fashion Shows This Week 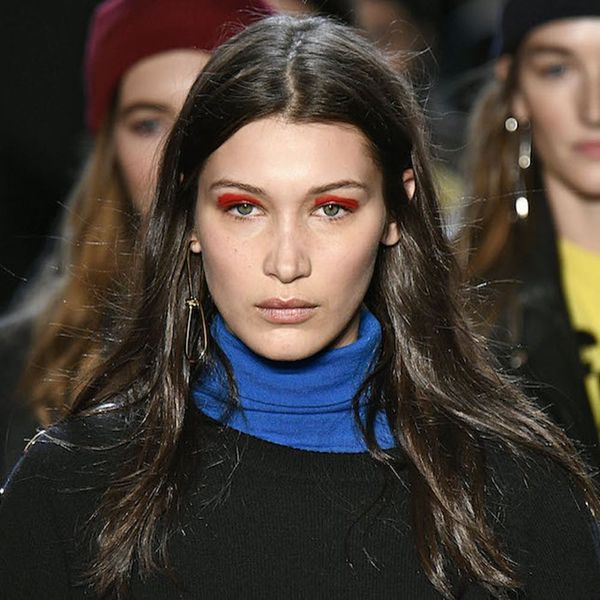 What do you do when you finally feel like you’re living your dreams? If you say cry tears of joy, you’d be in some pretty famous company! Bella Hadid admitted to Fashionista that she’s cried twice during New York Fashion Week. And we can see why TBH. She’s having a really good run during New York Fashion Week and starring in what seems like a billion ad campaigns. But don’t worry, the success hasn’t gone to her head.

For instance, at the Prabal Gurung show on Sunday, she cried because she saw the designer cry. He had just sent clothing down the runway with a bold statement (featuring phrases like the future is feminine) and emotions were high all around.

“I went out and I walked, and right before finale, when Prabal was about to go walk, I saw him tearing up and I just started crying because it was such a beautiful, moving show,” she told Fashionista. “Everybody in the audience was crying during the finale; it was really, really powerful and I’m really proud of him. It was incredible.”

And the waterworks didn’t stop there. She also shed a few tears when she closed the Oscar de la Renta show. “I mean, literally, I also cried,” she said. “I don’t know if it’s just a very emotional week, but that show has always been something really big to me. It’s such an iconic brand and I’ve always looked up to the designers. I cried when I got to the show in general, and then when I heard I was closing, I was at a loss for words. [That dress] was so beautiful; when I first tried it on, it was incredible.” Aww.

We could probably all learn a lesson from Bella here to be in the moment sometimes and stop to appreciate when good things happen.

What do you think of Bella admitting she cried at NYFW? Tweet us @BritandCo!