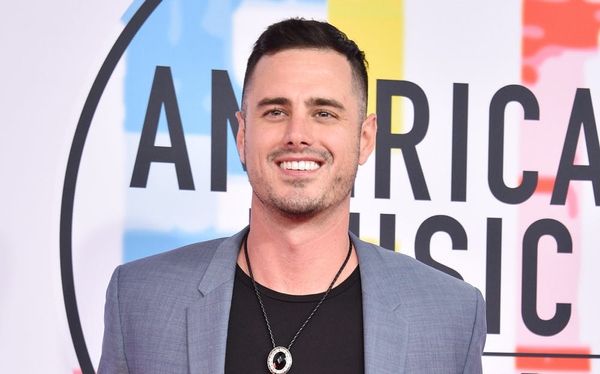 Ben Higgins revealed last week that he has a new lady in his life, but for now, at least, he’s keeping her identity under wraps. During the January 21 episode of The Ben and Ashley I. Almost Famous podcast, Higgins opened up about why he’s not ready to introduce her to his fans.

“The reason that I just didn’t want to put out names yet is because at some level I didn’t even really mean to slip up,” he said. However, he then clarified that he wasn’t trying to keep the relationship itself a secret, adding, “I didn’t think I slipped up. I’m not hiding anything.”

He is, however, waiting for the “right timing” to “publicly put everything out there” in an effort to steer clear of some of the “pressure” that comes with dating while famous.

One caller asked if the mystery lady might be someone we’ve seen on the current season of The Bachelor, but Higgins said she was not one of the women vying for Colton Underwood’s heart. “So life’s good, but she’s not from Colton’s season,” he replied. “Not at all. Not from the show.”

One thing we do know is that their relationship is long-distance. “So we FaceTime a lot, and it feels very similar [to dating on The Bachelor] because we don’t get time together,” he previously explained on the podcast. “It’s very intentional. It’s very focused. And if we’re going to spend any time with each other, it’s going to be in conversation. … She’s, like, the best, purest person I know, so a lot of those conversations are about our lives.”

Would you like to know who Ben Higgins is dating? Let us know @BritandCo!

Desiree O
Desirée O is a ‘Professional Bohemian’ who loves anything and everything related to the arts, entertainment, and pop culture. She ADORES being a ‘Newsy’ for Brit + Co, covering all of the latest tidbits of awesomeness that you want to read about. When she’s not writing, she’s either making messy art, going on long adventurous walks with her camera, or poking around over at bohemianizm (http://www.bohemianizm.com/). You can find out about Desirée O and her work at http://DesireeO.com/ or follow her on Twitter @DesireeO.
Celebrity Couples
Celebrity News
Celebrity Couples The Bachelor