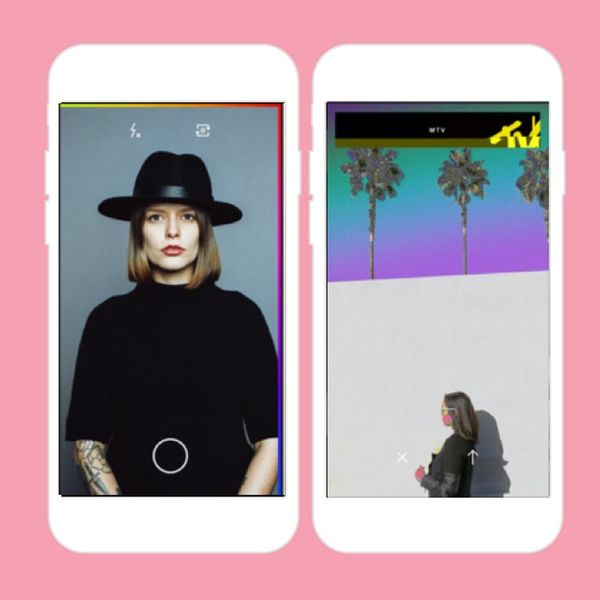 It’s your favorite time of the week! We’re not referring to Halloween (though you’re probably sporting a sweet costume tonight — post pics!). We’re talking about best apps of the week time! You’re going to like what we’ve rounded up here for you. To start us off, it’s the most popular photo editing app ever: VSCO’s response to Instagram’s new GIF-making app Boomerang, DSCO. Naturally, being the brainchild of the VSCO crew, it’s all kinds of hip. We’ve also got an app in here that’s going to make you the best networker everrr, a photo app that allows you to add emojis just like Snapchat to your pics and more. Check it all out below!

1. DSCO: DSCO is VSCO’s brand spankin’ new GIF-making app and is already shaping up to be a hit. Cleverly, it’s pronounced ‘disco’ because this app is gonna make you wanna dance. You not only point and shoot to create simple apps, but you can also add the cool filters that VSCO is famous for, to up your GIF-making game. Plus, it’s easy to share your creations on your various social media platforms or even to VSCO’s own Grid.

2. FullContact: You’re about to become a total networking whiz with FullContact. Not only does this nifty app allow you to store your contacts, it will sync them across all your devices. Additionally, the app stores up to 5,000 contacts – do you even know that many people?! The premium paid features are even cooler: the app will search the Internet daily to update the latest news on your contacts, like new jobs, so you’re always in the loop and the next time you run into a business contact, you don’t miss a beat.

DL It: Free on Android

3. Emojify: This photo snapping app allows you to access over 1,000 emojis that you can add to your photos and make them even better. It’s kind of in the same vein as SnapChat with the added benefit that these images aren’t going to disappear five seconds later. Emoji-up your pics and send them to your pals!

4. Receipt Donkey: This app is an answered prayer for anyone who ever needs to expense stuff for work or just wants to be on top of their budget and/or taxes. Rather than having to hang on to a lot of loose, crinkled papers, just snap a photo of your receipt and store it in the app. It’ll also store your images up in the cloud. So get organized.

5. Snap Palette: This awesome new app allows you create palettes from pictures you’re taking in real time. It’ll even include the color code or HEX if you want it. You are then free to share your palettes with your friends directly from within the app. They also emphasize the app is completely free with no in-app purchases whatsoever. Sounds good to us!

What was your favorite app of the week? Share your thoughts with us below or Tweet us @britandco!

Kimberly Wang
Kimberly Wang writes about all things pop culture, tech, style, and beauty. She's a Bay Area transplant and has an MFA in Creative Writing from Columbia University. On a sunny New York day, you can find her hanging out with her mini schnauzer Isabelle Jellybean on a blanket in Central Park.
Android Apps
Tech
Android Apps