Behold: The 20 Best Met Gala Looks of All Time 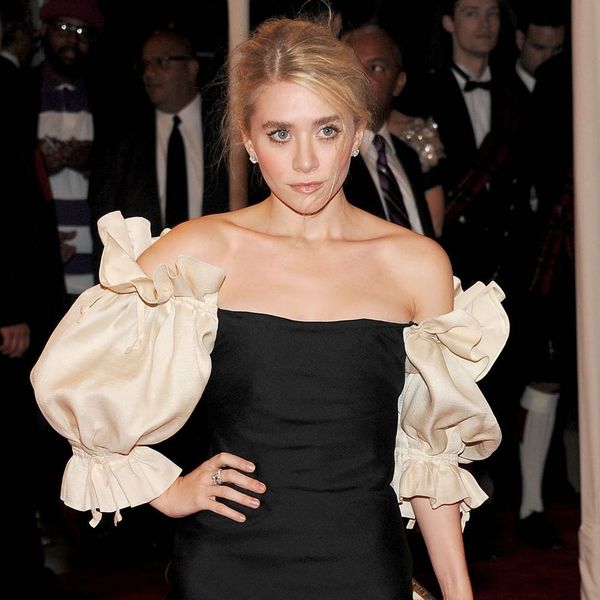 It’s finally here — the biggest fashion event of the year! We can hardly contain our excitement for tonight’s Met Gala red carpet, which has historically sparked some of the best — and wildest — moments in sartorial history. With a theme of Rei Kawakubo/Comme des Garçons (the same genius behind Katy Perry’s recent insane Vogue cover spread looks), this year promises to be no exception. In the meantime, however, here’s a look back at 20 of *the * best Met Gala gowns of all time. Read on to see who made the cut.

20. Bee Shaffer, 2015: As the daughter of Anna Wintour, who just so happens to be the event’s longtime chair, overseeing its benefit committee and choosing its guest list, it’s really no surprise that Shaffer would wind up on our list. She continually takes our breath away year after year, but it was the floral print, kimono-esque Alexander McQueen gown (complete with feathered bird train) she wore for the Gala’s 2015 China: Through the Looking Glass theme that had us swooning hardest. (Photo via Larry Busacca/Getty)

19. Caroline Trentini, 2015: Brazilian supermodel Caroline Trentini ditched predictable reds, golds, and greens for the China-themed red carpet in favor of black, but her look was far from basic: We’re pretty much mesmerized by the intricate geometric pattern etched into this Atelier Versace masterpiece. (Photo via Larry Busacca/Getty)

18. Blake Lively, 2013: Of all of Blake Lively’s memorable Met Gala looks (and there’s been quite a few, including last year’s baby pink Burberry knockout), our favorite had to be the sleek strapless Gucci piece she rocked back in 2013, Punk: Chaos to Couture theme be darned. (Photo via Jamie McCarthy/Getty)

17. Lucy Liu, 2007: With a train that was practically made to be photographed, Lucy Liu’s mind-blowing Zac Posen head-turner left onlookers hard-pressed to find a bad angle. And Liu knew just how to work it to her advantage, pointedly choosing her poses for maximum “wow.” (Photo via Evan Agostini/Getty)

14. Sarah Jessica Parker, 2014: With its sweeping lattice-stiched train and its stark black and white contrasting, the only word for SJP’s Oscar de la Renta get-up was grandiose. Everything about this look was brimming with elegance, right down to her ‘60s style white rabbit gloves. (Photo via Neilson Barnard/Getty)

13. Lydia Hearst, 2006: The publishing heiress looked lovely and unique for 2006’s AngloMania: Tradition and Transgression in British Fashion theme in her black and white Dolce and Gabbana frock, with an eye-catching pop of color in the form of a bright red flower belt accent. (Photo via Evan Agostini/Getty)

12. Zoe Saldana, 2016: Further proving that a breathtaking train trumps, well, everything, Guardians of the Galaxy star Zoe Saldana peacocked her way up the iconic carpeted Metropolitan Museum of Art stairs in a colorfully feathered Dolce and Gabbana stunner.

11. Mary Kate Olsen, 2007: In a sea of bold color, Mary Kate stood out from the crowd in her moody black feathered Lily et Cie by Rita Watnik design: not that we’d expect anything less from MK, the queen of goth chic! (Photo via Evan Agostini/Getty)

10. Karolína Kurková, 2016: Claire Danes’ now-infamous Zac Posen ball gown wasn’t the only light-up creation on last year’s red carpet: Model Karolína Kurková turned to Marchesa once more to help her outfit her show-stopping dress with IBM computer-based wiring which actually changed color based on fan’s social media reactions to it. Designed by Georgina Chapman and Keren Craig, the dress reportedly took hundreds of hours to make. We think it was definitely time well spent — the end result was sheer perfection.

9. Suki Waterhouse, 2014: Fashionista Suki Waterhouse’s first trip down the Met Gala carpet was the equivalent of a sartorial home run. Swathed in a tiered Burberry number that boasted pastel-rainbow tulle, Waterhouse held her own against fellow fashion heavyweights such as Sarah Jessica Parker and Karolina Kurkova. (Photo via Larry Busacca/Getty)

8. Ashley Olsen, 2011: If 2007 was Mary Kate Olsen’s chance to shine, 2011 was twin sister Ashley’s. When better to experiment with a bold look than at an event that has long been hailed as the Oscars of fashion? Ashley Olsen did just that at the 2011 Costume Institute Gala in a simple black Christian Dior floor-length gown with billowing cinched off-the-shoulder sleeves. With a thigh slit cut-to-there to boot, Olsen was nothing if not a head-turner. (Photo via Stephen Lovekin/Getty)

7. Kate Hudson, 2015: Hudson didn’t need a frilly ballgown to make jaws drop back in 2015, opting for a sleek gold Michael Kors column gown with a fishtail train instead. She added a topknot and some sparkle in the form of some Lorraine Schwartz jewels to for a look that was far more extra than almost famous — wowza! (Photo via Larry Busacca/Getty)

6. Claire Danes, 2016: Claire Danes undoubtedly OWNED last year’s red carpet. Not only did her powder blue Zac Posen get-up make her the belle of the ball with immediate comparisons to Cinderella, it was outfitted with a delightfully unexpected surprise: It glowed in the dark! Reportedly running off of battery packs that were charged prior to the event, it was the perfect tie-in to the night’s big Manus x Machina: Fashion in an Age of Technology premise. (Photo via Mike Coppola/Getty)

5. Karolína Kurková, 2014: Making our list for a second time is model Karolína Kurková, who truly wowed in a Marchesa number that looked to be more like a work of art than an actual dress. A nod to the signature structural, full-skirt designs of the night’s honoree, fashion designer Charles James, Kurkova nailed it. (Photo via Dimitrios Kambouris/Getty)

4. Tabitha Simmons, 2014: Former model and fashion designer Tabitha Simmons literally made our hearts skip a beat in the dreamy Dolce and Gabbana creation she wore for 2014’s Charles James: Beyond Fashion-themed evening. Featuring florals adorned atop layers of blush-hued tulle and a single shoulder neckline, Simmons was a vision. (Photo via Larry Busacca/Getty)

3. Karen Elson, 2015: Riri may have taken home top fashion honors for 2015’s China Through the Looking Glass thanks to her insanely long train, but model Karen Elson certainly gave her a run for her money. The flame-haired beauty ruled the carpet on high like a queen in a Dolce and Gabbana piece that was half tulle, half embellished gold, gold bangles, and of course, her royal crown. (Photo via Larry Busacca/Getty)

2. Liu Wen, 2014: Fashion model Liu Wen shut the carpet down back in 2014 in one of the most stunning gowns we’ve ever laid eyes on. From its seafoam green hue to its jaw-dropping hoop skirt and structural top(a fitting homage to the honored designer of the evening, Charles James), designer Zac Posen really outdid himself with this one. We’re speechless. (Photo via Dimitrios Kambouris/Getty)

1. Rihanna, 2015: And the top Met Gala look of all time? Rihanna, of course. The fearless icon showed up in a gown so epic, it required not one, not two, but three assistants to help carry its massive, massive train, and it’s no wonder — it reportedly weighed 55 pounds! Designed and handmade by Chinese clothier Guo Pei, who labored over the masterpiece for 20 long months. Hats off to Rihanna and Pei both for making one for the fashion history books. (Photo via Mike Coppola)

What’s your favorite Met Gala look of all time? Tell us over @BritandCo.