Is THIS The Newest Workout Trend? 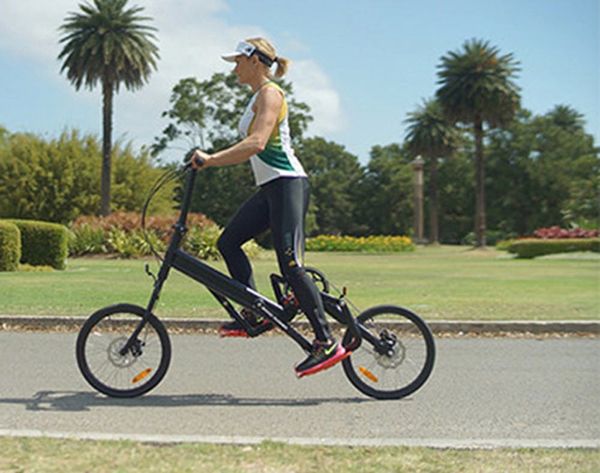 There’s nothing quite like training for a big race. Whether you’re a running newbie or a marathon master, you know that those long training runs can sometimes wreack havoc on your joints… until now. Runners, get ready to pack up that clunky knee brace and put away the Icy Hot — the Bionic Runner promises to save serious runners from all those running-related aches and pains.

The Bionic Runner is a high-intensity, non-impact trainer specifically developed for runners. Don’t get it twisted: The Bionic Runner is not a cross trainer or an elliptical machine. So nope, you can’t use it at the gym while catching up on your local news.

It’s for fast and serious training. It doesn’t even come with a seat, which means no rest for the weary. The coolest thing about the Bionic Runner is that it exercises the same muscles you use when running. The only difference between running and using the Bionic Runner is that there is no impact on your joints, which reduces the chances of muscle strains and ligament tears.

Oh, and did we mention that it folds up quickly, so you can take it anywhere?

If you’re interested in training harder, better, faster and stronger, then you should definitely back the Bionic Runner campaign on Kickstarter, though at $810, it’ll be a pricey investment. The Bionic Runner has already more than tripled its $40,000 goal with almost a month left, so there’s a good chance you’ll see serious runners using these trainers in 2015.

Do you plan on incorporating the Bionic Runner into your fitness routine? Share your thoughts in the comments section.