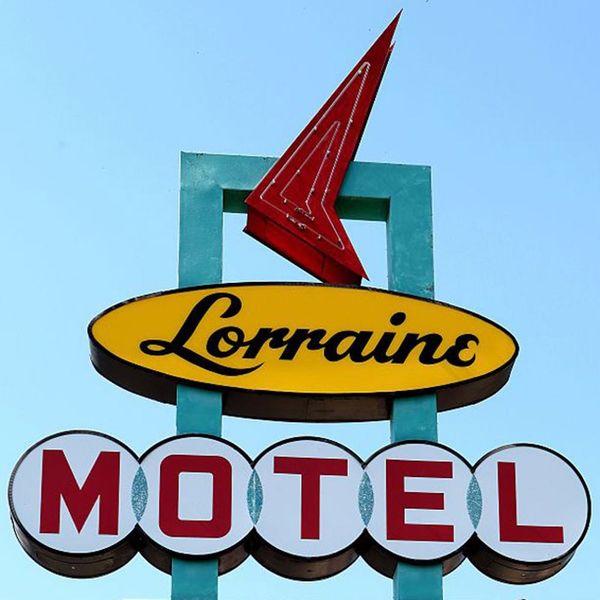 Every February, we honor the struggles endured by African American artists, innovators, and civil rights leaders, while also celebrating their many accomplishments and contributions to the US. We’ve shared the books to read all month long, but nothing beats interacting with history in person. Today we’re sharing our favorite museums to visit and learn about black history — not just in February, but all year ’round.

Our porch has architectural roots in Africa and throughout the African Diaspora, especially the American South and Caribbean. It will be a welcoming and gathering space for our visitors. #APeoplesJourney

1. National Museum of African American History and Culture, Washington, DC: Passes to the newest Smithsonian museum are harder to get than Bieber tickets — seriously — but once you visit, you’ll see why. Not only are the museum exhibitions incredible, but every snack from their Sweet Home Cafe will have you begging for seconds. Plan your trip early, and plan to spend the whole day here. You’ll want to soak in every second.

Now on view: #JacobLawrence's "The Migration Series", which chronicles in words and pictures the exodus of African Americans from the rural South to the industrial North in the decades after the First World War. ➡️ This is your chance to see all 60 panels, shown for the first time in two decades on the West Coast! — #MigrationSeries #TheGreatMigration #SeattleArt #SeattleArtMuseum [🎨: "The Migration Series, Panel 3: From every southern town migrants left by the hundreds to travel north," 1940–1941, Jacob Lawrence, American, 1917–2000, casein tempera on hardboard 12 x 18 in., acquired 1942, The Phillips Collection, Washington, D.C., © 2016 The Jacob and Gwendolyn Knight Lawrence Foundation, Seattle / Artists Rights Society (ARS), NY.]

2. Seattle Art Museum, Seattle, WA: Jacob Lawrence’s beautiful and touching series, “The Great Migration,” features paintings of African Americans journeying from the rural South to big cities in the North. Normally the series is split in two, between DC’s The Phillips Collection and New York’s Museum of Modern Art, but for the first time in 20 years, the Seattle Art Museum is reuniting the paintings. You won’t want to miss it.

This family-friendly museum will basically turn your kids into jazz musicians, thanks to free programs like “Jazz Storytelling” and exhibits featuring Ella Fitzgerald and Louis Armstrong. Don’t be surprised if there’s a saxophone in your future. (Photo via Getty)

Offering a mix of everything — art, history, music, and more — this museum will keep you and your little ones fully occupied. Don’t miss the “I See Me: Reflections in Black Dolls” exhibit, featuring iconic black dolls throughout the ages. (Photo via Raymond Boyd/Getty)

Come here to understand what the fight for civil rights really looked like. Thanks to the museum’s Jack T. Collection, you’ll be able to see hundreds of photos from strikes, rallies, marches, and more, all over the US. The images are unforgettable. (Photo via Paul Marotta/Getty)

If you’ve seen the Oscar-nominated film Fences, then you know how incredible August Wilson’s work is. The August Wilson Center honors the playwright’s contributions to the arts with art exhibits and theater performances year ’round. (Photo via Raymond Boyd/Getty)

It’s hard for history to feel more real than this. Built in the hotel where Martin Luther King Jr. was assassinated, this museum offers oral histories, photographs, and more, all to educate visitors on the civil rights movement and inspire future civil rights defenders. (Photo via Raymond Boyd/Getty)

While you might be more familiar with Madame Tussaud’s wax creations, sometimes it’s fun to ditch celebrity facts for historical figures. In between munching on crab cakes and dousing your fries in Old Bay, stop by the first wax museum of African-American history. (Photo via Jim Watson/Getty)
Angela Velez
Angela is an MFA Fiction candidate at the University of Pittsburgh. You can find her reading obsessively, wandering bookstores and watching melodramatic television.
Art
Home News
Art
More From Home News