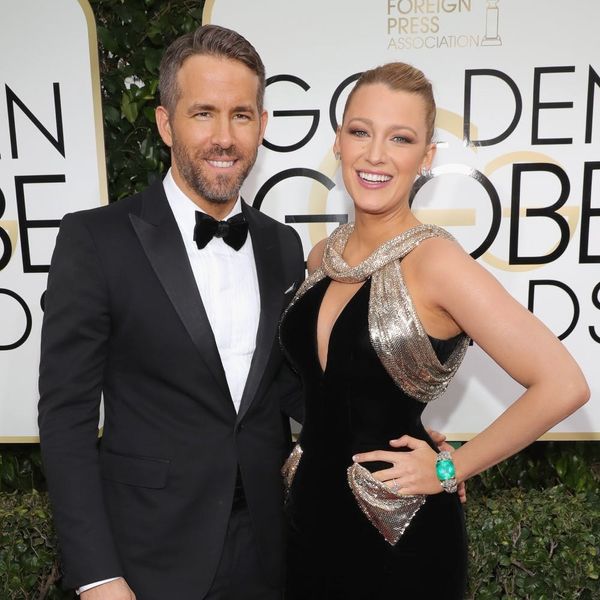 Blake Lively and Ryan Reynolds continue to be one of Hollywood’s hottest couples, along with total #relationshipgoals, and while Blake’s reason for marrying Ryan is supremely sweet (and the reason Ryan knew Blake was “the one” is characteristically cheeky), the way they’re spending this Valentine’s Day may totally surprise you.

Today may be one of the most romantic days of the year, but Blake’s attention has been focused on the plans she had for yesterday. Curating a Galentine’s Day party with L’Oréal Paris as part of New York Fashion Week, she told E!, “I thought, ‘Right now, more than ever, it’s so great that women are coming together and supporting each other and building each other up.’”

She added, “I got a little too involved. I said, ‘I don’t really just want to show up. I sort of want to plan it.’ It’s a lot more fun to plan a party when it’s not on your dime.”

And now that the Galentine’s Day fun is over, what does she and Ryan have planned for their V-Day? “We haven’t really planned anything yet,” Blake revealed. Considering she’s the mama to a toddler and a baby, as well as an in-demand celeb, we can’t really blame her.

But anyone wanna bet Ryan secretly snuck in some super sweet plans or at least a little box of chocolates for his lady love? Or his three lady loves? With a trio of gals in the house that surely adore him wildly, Blake assures us, “Oh, he’s the luckiest man ever.”

Do you make plans for Valentine’s Day or do you prefer a low-key night? Tweet us @BritandCo!

Desiree O
Desirée O is a ‘Professional Bohemian’ who loves anything and everything related to the arts, entertainment, and pop culture. She ADORES being a ‘Newsy’ for Brit + Co, covering all of the latest tidbits of awesomeness that you want to read about. When she’s not writing, she’s either making messy art, going on long adventurous walks with her camera, or poking around over at bohemianizm (http://www.bohemianizm.com/). You can find out about Desirée O and her work at http://DesireeO.com/ or follow her on Twitter @DesireeO.
Blake Lively
Celebrity News
Blake Lively Valentines Day