Find Out Why Alicia Keys Has Decided to Ditch Makeup 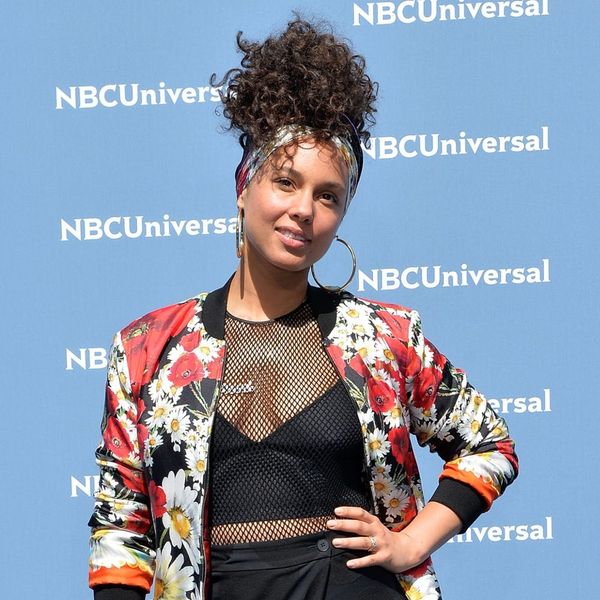 There is no denying the power of makeup and its ability to allow us to try out new looks and express ourselves in different ways. From weekend makeup essentials that won’t break the bank to colorful makeup trends and even no-makeup makeup looks, picking out a new lip-gloss or trying a new eyeliner technique can be as much of a hobby as it is a way to boost self-confidence. But there can be just as much strength in forgoing cosmetics, as Alicia Keys has discovered. The singer has recently decided on ditching makeup altogether.

In a Lenny Letter penned by Alicia herself, we’re given a revealing look into the star’s reasoning behind ditching makeup, as well as embracing her natural beauty and the difficulties she faced when first starting out in the biz to her current day struggles. It’s an inspiring peek into the mind of a celeb who experiences some of the same insecurities we do, granted on a much larger stage.“We all get to a point in our lives (especially girls) where we try to be perfect. Does it start somewhere in second grade after picture day when you wear your frizzy hair out ’cause your mama says it’s beautiful but all your ‘friends’ laugh at you?”

She goes on to describe what many girls face as they get older, only to find that she herself started to feel like a chameleon. Meaning that she felt it necessary to transform herself physically into what was expected of her and began to feel that she had lost her true self. But things started to change when the singer was working on a new album. She wrote a list of all the things that she was sick of, and the major factor that hit her was “how much women are brainwashed into feeling like we have to be skinny, or sexy, or desirable or perfect.”

Many gals will relate to Alicia’s revelation that she could never leave the house without makeup, worried that someone might see her, take a pic and even post it. It’s basically a modern social media horror scenario for lotsa ladies. Knowing her relationship with feeding into other’s expectations of her was unhealthy, Alicia decided to ditch her makeup. It wasn’t easy though, claiming that at first she felt “raw;” she wanted to be real, and with that she started to feel powerful. “I swear it is the strongest, most empowered, most free and most honestly beautiful that I have ever felt.” YAAAAAS, QUEEN!

Desiree O
Desirée O is a ‘Professional Bohemian’ who loves anything and everything related to the arts, entertainment, and pop culture. She ADORES being a ‘Newsy’ for Brit + Co, covering all of the latest tidbits of awesomeness that you want to read about. When she’s not writing, she’s either making messy art, going on long adventurous walks with her camera, or poking around over at bohemianizm (http://www.bohemianizm.com/). You can find out about Desirée O and her work at http://DesireeO.com/ or follow her on Twitter @DesireeO.
Celebrity Makeup
Beauty News
Celebrity Makeup
More From Beauty News