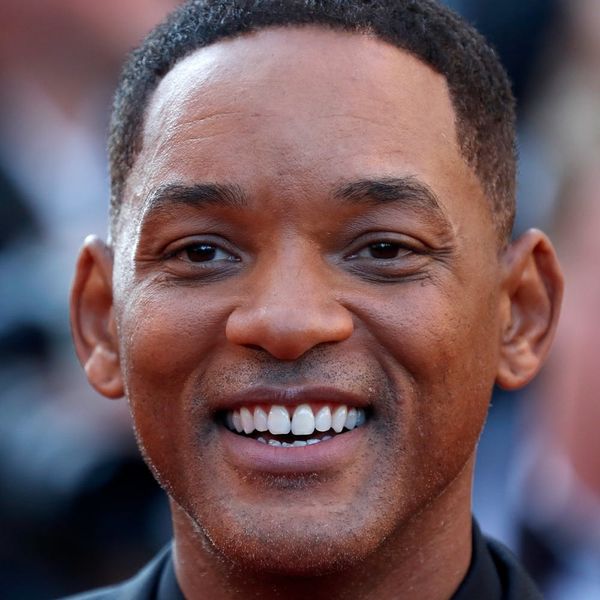 San Diego Comic-Con has begun, and while we regularly rely on the expo to get sneak peeks at all the soon-to-be released blockbusters from major studios, who are all too happy to tease us with tidbits from Marvel movies and box office goldmines, this year’s event has even more to offer up. On Friday, Netflix shared the first look at its biggest-budget movie to date: Bright, starring Will Smith and Joel Edgerton.

Produced by Will Smith’s own production company, Overbrook Entertainment, Bright marks the first time the star has ventured outside the realm of in-theater blockbusters. In order to acquire the rights to the film, Netflix spent an unprecedented $90 million dollars (!), making it the most expensive movie they have ever released.

The fantasy movie — which takes place in an alternate universe where humans live alongside fairies, elves, and orc/monster-like creatures — sees police partners Smith (human) and Edgerton (orc-guy) coming across a magic wand that will change their destiny, in an adventure that looks like one part Bad Boys and three parts Once Upon a Time.

Netflix first premiered this and one other movie at Cannes earlier this year, opting against wide-theatrical release for exclusive release on its own streaming network. This move had even its stars scratching their heads, with Smith saying at the time, “I have a 16-year-old and an 18-year-old and a 24-year-old at home. They go to the movies twice a week, and they watch Netflix. There’s very little cross between going to the cinema and watching what they watch on Netflix.” He added, “[Netflix] has broadened my children’s global cinematic comprehension.”

While we probably won’t know exactly how wise a move it was upon Bright’s December release, as Netflix famously does not release its viewership numbers, it’s certainly exciting to see how much the company has changed from its early days of mail-order DVD rentals.

Will you check out Bright when it hits Netflix over the holidays? Tell us @BritandCo!

Kat Armstrong
Kat has been a writer, social media maven and mom for longer than she's willing to admit. She's also spent time in front of and behind the camera, interviewing celebs, politicians and acting as a producer for fashion and artistic photography shoots. When she isn't writing for various orgs and publications, she's hanging with her kids, husband and French Bulldog, Peter, in Toronto, Canada.
money
Movies
money Netflix
More From Movies