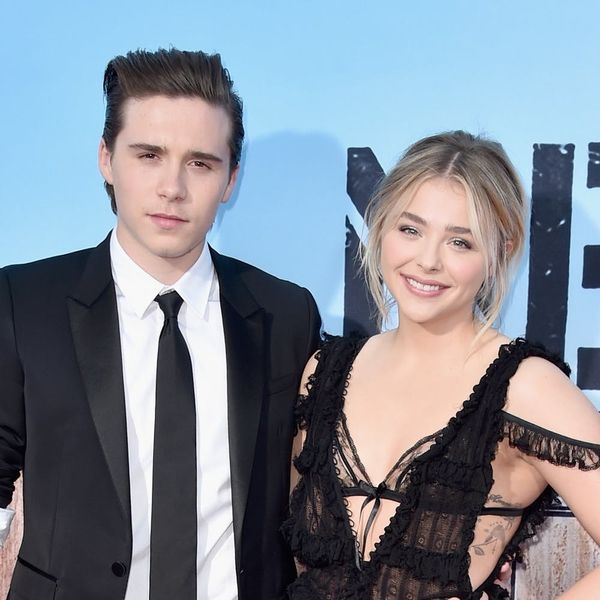 After recently sparking reconciliation rumors with their subtle social media behavior, our fave on-again/off-again young couple Brooklyn Beckham and Chloë Grace Moretz are making things a little more obvious: A new Instagram post more or less proves the pair is back on.

In the photo, posted to Beckham’s Instagram, the Brit is seen lounging on a couch watching Game of Thrones. While it seems at first like he’s solo in the shot, the caption, and the tag, are making us do a double take.

“These nights are my favourite,” he wrote, including a little heart emoji. “Missing my girl.” Tagged at the bottom of the photo? Moretz. And if you look a little more closely, it looks like someone else is comfy on that couch too, with their legs resting in Beckham’s lap.

Beckham recently made the move from his family’s Beverly Hills home to study art and photography in New York City; Moretz remains based in LA. While some sources suggest that they were hanging out again last month, the pair haven’t been public about any potential coupling since they last broke up a year ago.

Moretz herself hasn’t made any sneaky posts about Beckham just yet, but based on this adorable update, it might only be a matter of time.

What do you think about Beckham and Moretz (maybe!) being back together? Let us know @BritandCo!