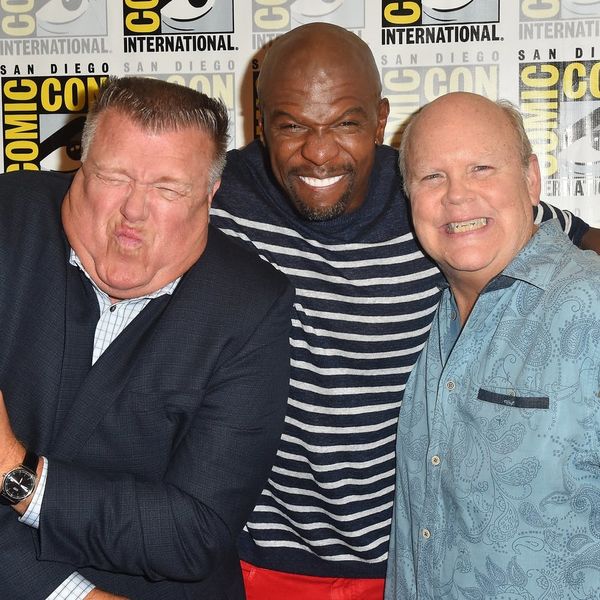 Brooklyn Nine-Nine was saved from cancellation earlier this year, and the excitement from the cast, the show’s producers, and even the crowd was evident at their Comic-Con 2018 panel.

“We were on a big WhatsAapp chat and once we [found out] it was canceled, it was immense sadness,” said Crews, via ET. “I didn’t know what was up and down, everything started changing. … It was a lot of sadness and a lot of, ‘I love you guys.’ It feels like your family is split up and you know you may never see each other again, so it was the saddest day ever.”

But just one day after Fox canned the show, it was picked up by NBC, thanks in no small part to the very vocal and passionate group of fans who rallied behind the Nine-Nine online. As demonstrated at the panel, the show resonates with viewers for more reasons than just its untouchable comedic crew. According to Deadline, one audience member made Beatriz and Fumero emotional with a tearful thank you for their representation of the Latinx and LGBTQ+ communities.

“I was very thrilled to have a voice in that story line,” Beatriz said of her character Rosa’s coming out as bisexual in the most recent season (a first on network TV). “It reflects what is a reality in my own life.”

Samberg echoed Goor’s sentiment that it’s important to portray marginalized groups in an authentic way, saying that they “do not want to make a joke of it, and give it proper respect.”

Deadline also reported that while the show hasn’t started filming the new season, they’re deep into writing. We can’t wait!

Are you excited for another new season of Brooklyn Nine-Nine? Let us know @BritandCo!