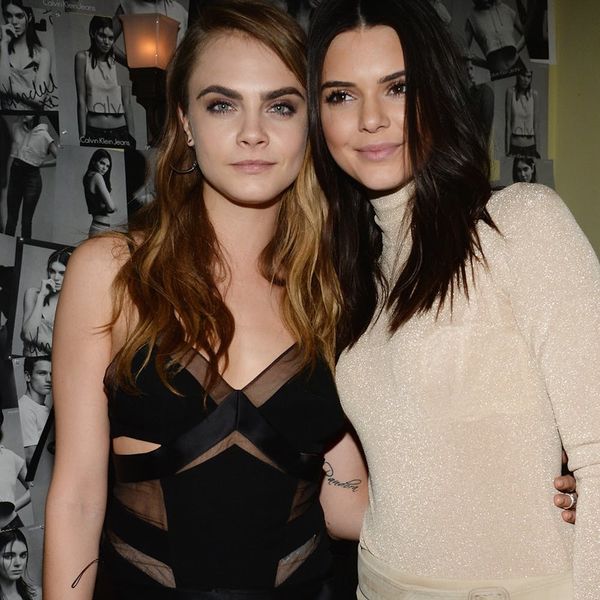 When you’re a celeb, how do you know when you’ve really made it? Is it when you get your picture in the tabloids? Or maybe when you win a coveted award? Or is it when you launch a lifestyle brand? It seems like if you want to become a major player in the land of celebrity in 2016, that last accomplishment is a must. And so it should come as no surprise that Cara Delevingne and Kendall Jenner, two of the highest paid models on social media, are rumored to be dropping a collaborative line together soon.

Kendall and Cara first began using the hashtag #CaKe on Instagram when documenting their snaps together. (The hashtag features the first two letter of their names.) But soon the hashtag moved into the real world when the besties had merchandise made. The two officially trademarked the word back in the summer.

Now, an insider at UK publication The Sun explains that an official clothing brand is planned for the very near future. The Sun writes, “At present they’ve only got designs for tops and hats, but given the duo’s huge profile in the modeling world and on social media, I wouldn’t rule out an expansion into a complete clothing collection.” This could just be a cruel tease of a rumor, but considering the success of Kendall’s other fashion collaborations and the 70 million followers the two celebs have combined, we’re going to go ahead and say this should definitely be in their 2016 plans.

(Photos via Chris Weeks/Getty and @caradelevingne)