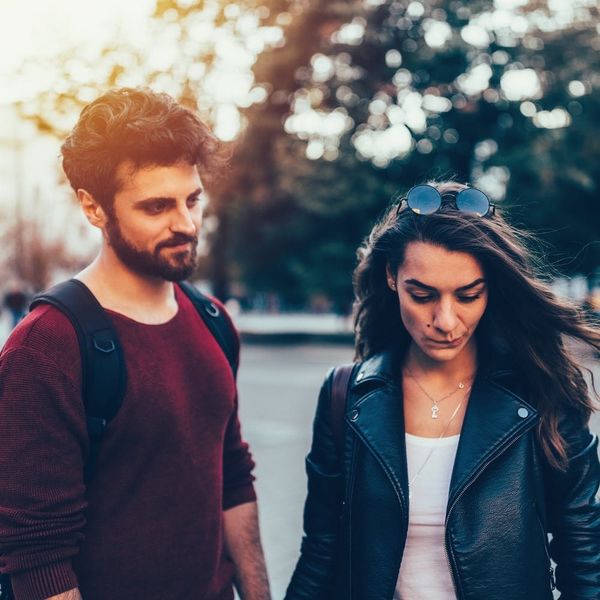 If you were tooling around the internet this weekend, one of your friends was sure to have shared “Cat Person,” a story in this weekend’s The New Yorker by author Kristen Roupenian. In the story, a young woman named Margot explores a relationship she has with an older man named Robert, and how even though she feels physically unsafe, and Robert low key gaslights her, she follows through on a number of relationship missteps out of fear of the man she knows almost nothing about.

Sound familiar? For many straight women (and some gay folks, too), relationships can be created out of fear: fear of a violent reaction from a man who has been rejected, fear of assault if we say no at an inopportune time and, in some cases, our own fear of loneliness. These themes, and even the story itself, have created a huge response on Twitter, with readers sharing their own “Cat Person”-like stories.

Re: Cat Person. I was reminded of 3 similar experiences while reading it and not only felt seen, but forgiven for not doing what I should have done for myself in those situations.

That was like reading my experiences with older men in my early 20's.

Anyone who relates to the Cat Person story knows that the story doesn't end where it did. That's what makes it horrifying.

tons of women in my feed are sharing the new yorker “Cat Person” story but not many men; which is unfortunate bc it’s like a secret window into a private experience our majority has suffered thru & if anyone needs to read that shit it’s men.

Newcomer Roupenian told The New Yorker in a rare follow-up interview that the story, in part, was based on a somewhat now-famous Margaret Atwood paraphrase (yes, that Atwood): “Men are afraid women will laugh at them, but women are afraid they will get killed.” Roupenian also told the magazine that she explicitly left details about Robert vague, in part, because she wanted to show that both characters could be sympathetic.

“I wanted to leave a lot of space for people to sympathize with Robert, or at least, like Margot, to be able to imagine a version of him—clueless, but well-meaning—that they can sympathize with. I wanted that version of Robert to exist alongside the possibility of a much more sinister one,” she said.

But not everyone is feeling a connection with the story. A number of men have reacted quite negatively to “Cat Person,” and one intrepid Twitter user is sharing those reacts in an account chosen to highlight how unhappy these men are with the depiction of the Robert character — for better or for worse.

“We live in a world where women’s safety is more important than men’s feelings,” one complainant wrote, and he’s not entirely wrong. 2017 has been a year where women have spoken out about the fears we have around relationships with (mostly) straight men, and with each day bringing the downfall of another high profile man, it shouldn’t be a wonder — for far too long, women have put our fears aside in order to survive, and now that we’re saying, “no more,” some men may have their feelings hurt.

But if they do, they should look to themselves, and not a short story, as to why they’re so upset. Because after all, that anger is exactly what Cat Person is about.

Did you read Cat Person? Let us know @BritandCo!

Kat Armstrong
Kat has been a writer, social media maven and mom for longer than she's willing to admit. She's also spent time in front of and behind the camera, interviewing celebs, politicians and acting as a producer for fashion and artistic photography shoots. When she isn't writing for various orgs and publications, she's hanging with her kids, husband and French Bulldog, Peter, in Toronto, Canada.
Dating
Current Events
Dating
More From Current Events