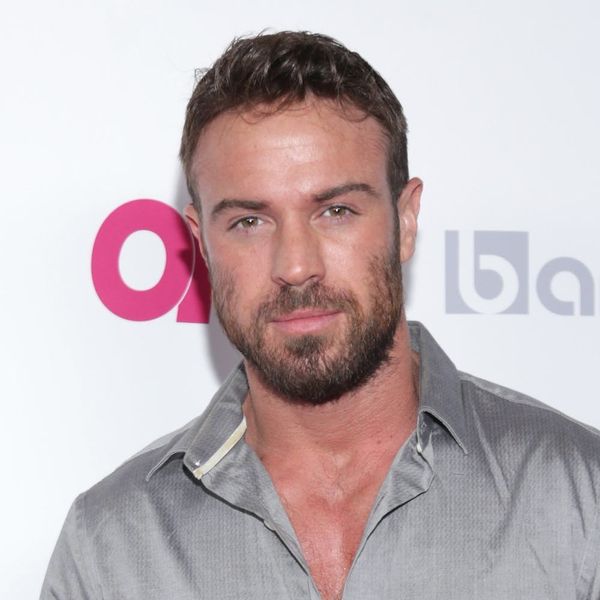 If you thought you had Chad Johnson all figured out after seeing him take on the role of the villain in JoJo Fletcher’s season of The Bachelorette, think again: You’re about to see a whole new side of the man once known as “Bad Chad.” Though he also made a hasty exit from season three of Bachelor in Paradise (Johnson was booted after a drunken tirade on the first night), the soon-to-be 30-year-old just may be turning over a new leaf.

For starters, he has a girlfriend. Despite his current stint on E!’s new show, Famously Single, where we’ll see him hanging with the likes of Dancing With the Stars’ Karina Smirnoff, Flavor of Love’s Tiffany Pollard, #RichKids of Beverly Hills’ Dorothy Wang, and Khloé Kardashian’s BFF Malika Haqq, Johnson has actually copped to finding his own love connection off-air with model Zoe Baron.

Needless to say, that makes his current status as a reality star slightly… awkward. “One of the hard things about dating a person that’s not on TV is getting them to understand what it is that we do,” he tells Brit + Co. “I don’t know that she’s gonna watch it,” he adds, referring to his new show. “I won’t let her.”

Still, it’s telling that the reality alum, who says that he and Baron are currently “working through some stuff,” is willing to try. In fact, it’s one of the main takeaways Johnson said he learned from the show while working with relationship experts Dr. Darcy Sterling and Robert Mack. “For me, the thing I learned [was] when to finally choose to make things work instead of moving on.”

Those who assume the fitness aficionado’s previous MO as a “serial dater” was reflective of his bad boy persona might be surprised to know that it actually stems from a deeper place. Johnson, who lost his mother to breast and liver cancer, shares that dating was tough for him in the past, as he frequently took care of her in her time of need. “I [hopped] from relationship to relationship [because if it got serious they would] tear me away from my mom,” he says. “I got used to serial dating.”

Also surprising? The fact that Johnson says those who know him best actually know him as “being TOO nice“ — a far cry from his villain persona on TV. “I’m friendly and nice and trusting,” he tells us. “It’s only when you try to get me kicked off a show [that I] snap.”

Even then, Johnson says things aren’t always as bad as they seem. That famous on-screen “tiff” with Chris Harrison, for example? The former contestant says it wasn’t much of a tiff at all, but rather played up for the cameras. “[Chris Harrison and I] never really had any real issues,” he says. “[We] made up right after.”

As for the franchise’s current controversy, which led execs to stop (and later resume) production on Bachelor in Paradise, Johnson says he doesn’t know enough to comment on the situation. “No one talks to me; I just know what I read online,” he says.

In any case, his experience on Famously Single was very different from his previous reality TV experiences: “[It’s] not a competition — I didn’t have to fight for my place,” he explains. According to Johnson, it also didn’t hurt that everyone on the show was already famous. “Most of the people on [The Bachelor], they’re just not themselves,” he says. “When you’re real, they attack.”

In contrast, he says his new costars, including Jersey Shore’s Ronnie Mago-Ortiz, Calum Best, and model David McIntosh, weren’t trying so hard “to be liked.”

As a result, there was more laughter than aggression. “Too much awesome stuff happened to pick a favorite moment,” he assures us. “It’s gonna be better in every way.”

Best of all, perhaps? “I’m not bad anymore after this show!” he quips. We can’t wait to see that!

Are you excited to see a new side of Chad Johnson? Let us know over @BritandCo.

Nicole Briese
Nicole is the weekend editor for Brit + Co who loves bringing you all the latest buzz. When she's not busy typing away into the wee hours, you can usually find her canoodling with her fur babies, rooting around in a bookstore, or rocking out at a concert of some sort (Guns N' Roses forever!). Check out all her latest musings and past work at nicolebjean.com.
The Bachelorette
Celebrity News
The Bachelorette