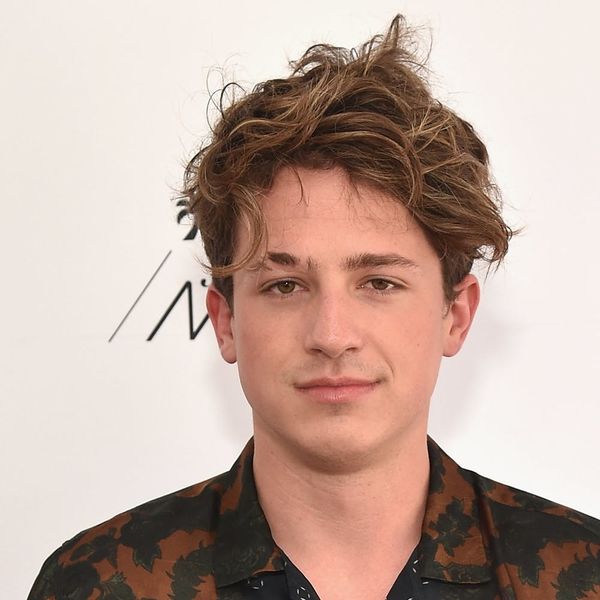 Fans at last night’s 2018 Radio Disney Music Awards no doubt had to do a double take as one of the evening’s stars hit the red carpet with a whole new look. Charlie Puth, who has been a brunette since he first hit the music back in 2013, was practically unrecognizable with a head of bleach blonde locks that totally transformed his low-key style.

Puth was attending the show as both a Breakout Artist of the Year nominee and a performer. The 26-year-old’s biggest moment of the night, however, may have been on the carpet, where was all smiles while showing off the new flaxen hue in a pink-and-black polka dot shirt and blue slacks.

After the show, the “Attention” crooner gave fans a closer look at the color swap over on Instagram with a shirtless snap and a coy caption that read, “I really like the show Billions.”

The bold change seems to have been done in stages. Puth seemed to be flirting with the shade in mid-June, when he posted a selfie with subtle sunny streaks.The musician had previously sported medium chestnut brown locks.

What do you think of Charlie’s new look? Sound off over @BritandCo.

Nicole Briese
Nicole is the weekend editor for Brit + Co who loves bringing you all the latest buzz. When she's not busy typing away into the wee hours, you can usually find her canoodling with her fur babies, rooting around in a bookstore, or rocking out at a concert of some sort (Guns N' Roses forever!). Check out all her latest musings and past work at nicolebjean.com.
Celebrity Hair
Hair
Celebrity Hair Hair Hair Color Hair Dye