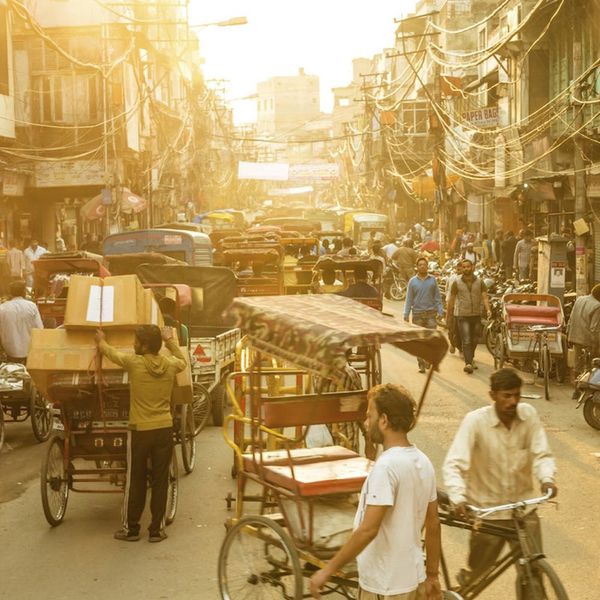 Thanks to multiple studies conducted recently, we’re pretty well aware of which cities are the most expensive to live in (NYC, SF, London, we’re looking at you), but the cheapest ones? Now that’s something we don’t hear about quite as often. Sure, a one-bedroom in Manhattan could cost you over $3,000 a month, but what about in New Delhi, India? According to a report by the Economist Intelligence Unit (EIU), you could potentially get a lot more for your money.

The EIU recently released their Worldwide Cost of Living report, which gathers data like food costs, fuel costs and salaries from 133 countries, and subsequently ranks some of the world’s best-known cities from cheapest to most expensive. When it comes to the 10 cheapest cities, you’ll find these global destinations listed:

While it may immediately be your financially savvy instinct to uproot from your pricy apartment to one of these places, there are definitely a few factors to take into account. For example, the report explains, “In Venezuela, the adoption of multiple exchange rates has made pricing Caracas nearly impossible. The economic difficulties in Venezuela are highlighted by the impact of these multiple exchange rates.” So, there isn’t much financial stability there. Damascus ranks on this list because it’s a war-torn city with large areas left in ruins after five years of civil war. And Karachi? It’s listed partly because of its high crime rates.

It should also be noted that in certain cities being an expat could make things more expensive. Take Lusaka, for example. EIU writes, “It’s cheap for locals to live in, but if you are an expat, accommodation, transport, and schooling costs could be very high.” We’re not saying to stay where you are, but if you’re considering calling one of these places home, research is definitely key.