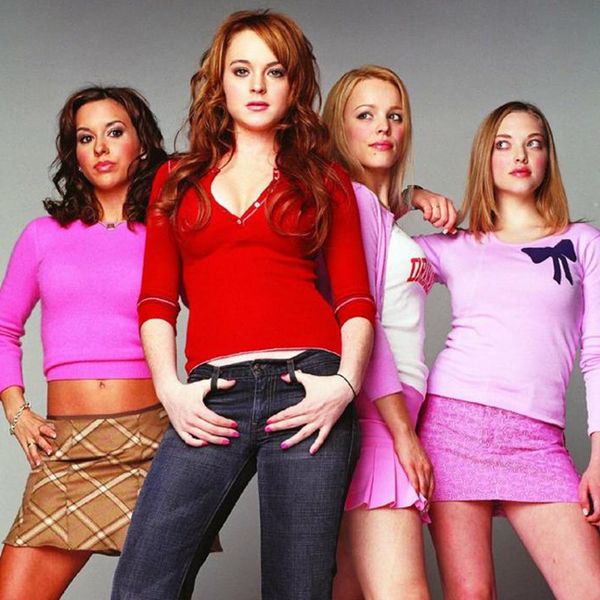 It was just yesterday that we spilled the wedding bell beans that former Mean Girls star Daniel Frazese (you might remember him as the oh-so-charming Damian) would be joining the ranks of newly engaged celebs such as Once Upon a Time star Emilie de Ravin and 2 Broke Girls’ Beth Behrs, following his super sweet Starbucks proposal to one Joseph Bradley Philips.

Now, as irony would have it, another Mean Girls star is flashing her own bling, and wouldn’t you know it, she just so happens to be Daniel’s former onscreen BFF!

Lizzy Caplan, who played the iconic role of Janis Ian (the angsty teen out for revenge against Regina George), is barely recognizable from her former alter ego: The Masters of Sex star has come a lonnnnggg way.

For starters? She’s officially confirmed herself an engaged woman to actor Tom Riley.

US! If you want to avoid wrinkles from having a dumb grin plastered across your face for 2 straight hours do NOT watch Now You See Me 2 this weekend. #nysm2 #magicianssavethegoddamnworld

Though they met more than a year ago, the pair had only officially been a couple for five months when Tom reportedly popped the question in May, with Lizzy seen sporting her ring to red carpet premieres as early as June. Dang, and here we thought Hiddleswift was moving fast!

The Prague Opera was exciting but I expected more failed assassination attempts/Tom Cruise on a zip line.

Fast as things may seem, however, if a picture’s worth a thousand words, these two are as happy as can be (those smiles, though!). And who knows? Maybe Lizzy and Daniel can have a Fuller House style double wedding! (Too far?)

Our congratulations to both of the happy couples!

Are you amused that the actors playing Janis and Damian got engaged at the same time? Tell us over @BritandCo!

Nicole Briese
Nicole is the weekend editor for Brit + Co who loves bringing you all the latest buzz. When she's not busy typing away into the wee hours, you can usually find her canoodling with her fur babies, rooting around in a bookstore, or rocking out at a concert of some sort (Guns N' Roses forever!). Check out all her latest musings and past work at nicolebjean.com.
Celebrity Wedding
Entertainment
Celebrity Wedding Engagement
More From Entertainment