Christina Perri Is Pregnant and Her Announcement Is Too Cute! 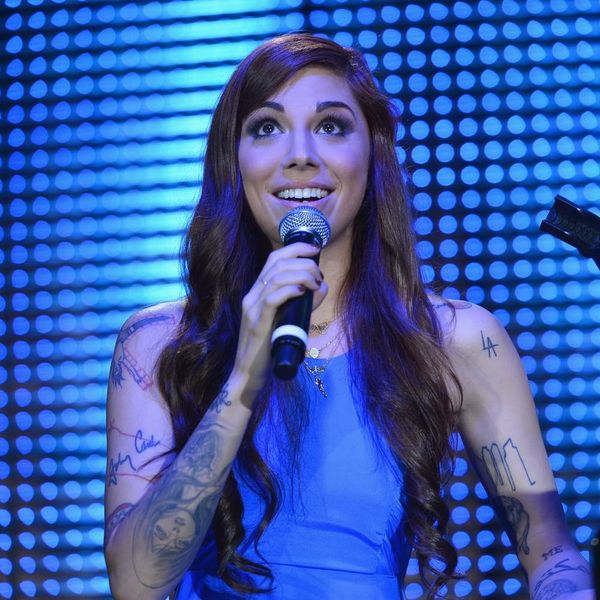 It’s been just over a month since Christina Perri revealed she’s engaged to reporter Paul Costabile, but the couple have already hit their next major milestone: They’re expecting their first child!

The 30-year-old songstress decided to announce the news of her pregnancy in the same way she spilled the beans about her upcoming nuptials, and took to Instagram to share an adorable photo, which she simply captioned “guess what?”

The black and white snap shows the “A Thousand Years” singer smiling from ear-to-ear and looking absolutely radiant as her three-year-old niece Tesla holds onto her bump. And just in case the message wasn’t totally clear, she added some text above little Tesla’s head — “Tesla’s little cousin is coming soon” — and drew an arrow pointing at her belly. #subtle

Perri’s fiancé has yet to share his take on the exciting news, but given how romantic his engagement announcement was — Costabile took to Instagram to tell fans, “I knew I wanted to ask this girl to marry me the day she walked into the green screen for an interview almost four years ago” — we have high hopes!

I knew I wanted to ask this girl to marry me the day she walked into the green screen for an interview almost 4 years ago. I finally asked her right here tonight and she said yes !!!

What do you think of Perri’s Insta pregnancy announcement? Tweet us @BritandCo.