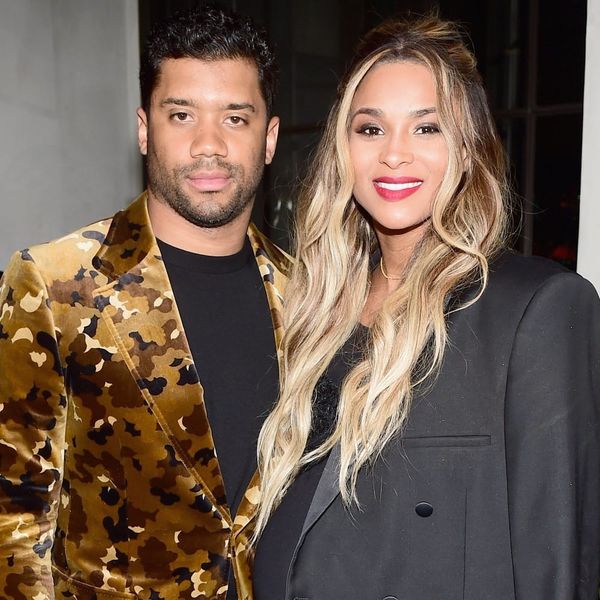 Between their adorable family vacay pics and regular public shows of affection for one another, it seems that Ciara and hubby Russell Wilson have been married forever. But as the lovebirds reminded us on Instagram yesterday, it’s actually been just one year since the R&B queen walked down the aisle to marry her quarterback hubby.

As they’ve done for other milestones, like the birth of their baby girl, Sienna Princess Wilson, the couple shared adorable video tributes to one another to celebrate their one-year anniversary.

Ciara’s video features the entire family of four looking out at the sky from a balcony to see a plane carrying one very special message for the athlete from his lady love.

The “Invisible” singer also gave him a nod in her Instagram caption, writing, “I’m grateful to God for the love he has given me by putting you in my life. I have all I need. Truly one of the best years of my life.”

Wilson’s message was equally cute, panning out from a shot of the two on their wedding night and fading to a black screen with white script which reads, “One year has been amazing… forever is even better.”

Seriously, could these two BE any sweeter!?

Congratulations, guys — here’s to many more!

What’s the sweetest thing your significant other has ever done for your anniversary? Share @BritandCo.