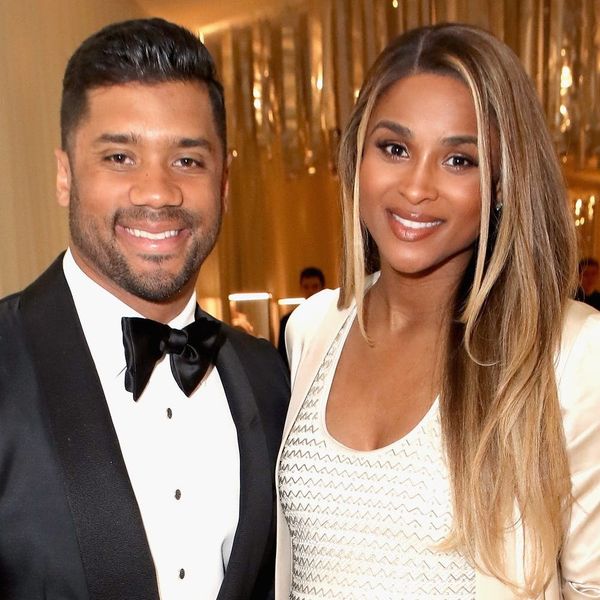 In less than 24 hours, our social media feeds will no doubt be awash with people paying homage to all the beloved mothers in their lives, celebrities included. One star in particular got a head start on the rest, tipping his hat to his baby mama (who birthed their daughter Sierra Princess Wilson just a few weeks back) a day early with an adorable throwback photo of himself with his wife.

While the shot is precious enough, with the happy pair all smiles, not everyone is loving his caption for one very particular reason.

“Nothing better than spending time with you,” Wilson wrote. “You are an amazing mom and I am so grateful I get to spend the rest of my life with you and raising our kids. I love you! #HappyMothersDay Weekend my love. @Ciara.”

Super sweet, right? Not according to some of his followers, who were upset by the pro-athlete’s decision to reference Ciara’s son Future with rapper Future as his own.

Nothing better than spending time with you. You are an amazing mom & I'm so grateful I get to spend the rest of my life with you & raising our kids. I love you! #HappyMothersDay Weekend my love. @Ciara

Pointing out that little Future already had a daddy who may be none too pleased by such a statement, followers were quick to make comments like, “You gotta think how @future thinks. He still has a kid that’s not yours and no matter what you have to respect that as a man.”

Others saw nothing wrong with Wilson’s phrasing, saying that as step-parents, they would have been offended had he NOT included his step-son while speaking of their blended brood, and that he should love him as equally as his own biological child.

Unlike Nicole “Snooki” LaValle, who defended herself against mommy shamers on her Mother’s Day post with daughter Giovanna, neither Russell nor Ciara has responded to the backlash (nor has Future, for that matter).

Call us crazy, but we think it’s amazing that Future Zahair has so many people in his life that love him so fiercely, all three parents included. Here’s wishing them all the best!

Do you think Russell’s post was unwarranted? Tell us over @BritandCo.

Nicole Briese
Nicole is the weekend editor for Brit + Co who loves bringing you all the latest buzz. When she's not busy typing away into the wee hours, you can usually find her canoodling with her fur babies, rooting around in a bookstore, or rocking out at a concert of some sort (Guns N' Roses forever!). Check out all her latest musings and past work at nicolebjean.com.
Controversy
Celebrity News
Controversy social media
More From Celebrity News