6 Ways to Give Yourself a More Powerful Speaking Voice 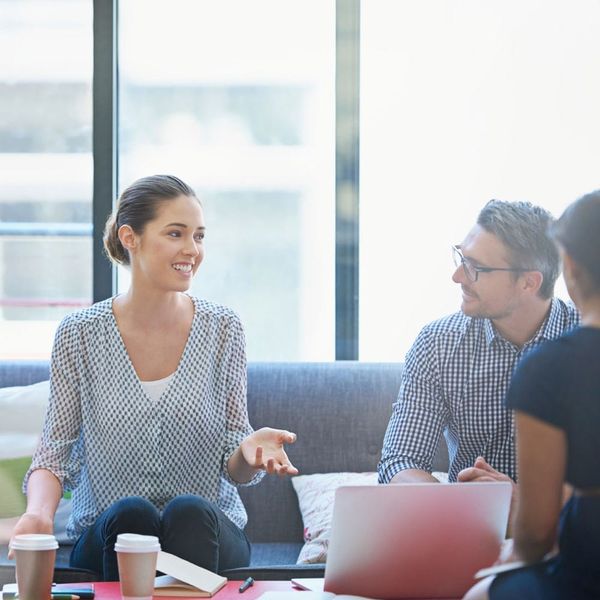 Speech is a powerful thing. It can be the gateway to a promotion at work, help you make some new friends and even inspire others to take action (we’re looking at you, TED). But cringing at the sound of your own voice can be a serious confidence buzzkill.

We sat down with two speech experts to talk about the disconnect between our actual voice and the way we imagine it. It turns out, it has everything to do with acoustics. “It sounds one way in our heads,” speech pathologist Fern Hanover explains, “but by the time it reaches someone’s ears it has to travel through bones and cartilage. The result is a little different.” However, speech language pathologist Rochel deOliveira says some sounds can point to larger issues, such as vocal stress or nasality. But for young people (guys included!) she says vocal fry is a big concern.

If you’re in your 20s, you or someone you know probably speaks using vocal fry. It’s often called valley girl speak, but more technically it happens when the vocal folds in your larynx pulse together very quickly, causing a buzzing sound. While it’s becoming mainstream — turn on shows like Girls, Keeping Up With the Kardashians and New Girl to see prime examples — plenty of people fear the uncertain sound of their voice is keeping them from being taken seriously.

By doing a few exercises, our experts say it’s possible to improve your pitch. These six tricks bolster your voice, so that you sound as strong as you feel.

1. Fix your posture. Good alignment allows you to project with confidence. If you imagine there’s a string pulling up from the crown of your head, your body should straighten itself out. Putting your shoulders back gives your chest the space it needs to expand as you inhale. Relaxing your neck muscles keeps your voice from cracking or straining.

2. Practice breathing. Paying attention to your breath when you inhale and exhale allows you to have more control over your airflow. If you’ve ever been told to “sing from your diaphragm,” the same rule applies. “Balanced breathing produces a pleasing voice,” deOliveira says. Use your abdominals to support your exhale, and use your full breath when you’re speaking.

3. Avoid upspeak. Raising the intonation at the end of declarative sentences can sometimes come off as insecure. Not sure if you’re doing it? Record a simple sentence on your phone and listen. Practice saying the same sentence, both as a question and as a statement, until your ear can tell the difference. “Most people don’t have an ear to know they’re doing it, but by practicing they start to feel it and they’ll remember it,” deOliveira says. Since a study found that men and women are equally likely to upspeak, both sexes will benefit from more speech awareness.

4. Mimic speakers you like. Imitation is the sincerest form of flattery, right? Listen to confident voices that you admire (or browse for some on YouTube) and, just like a parrot, practice capturing the quality of their voice. Use your vocal muscles to produce the noise you just heard. “Your body remembers and overtime it will become more natural,” deOliveira says.

5. Drink more water. When you’re poorly hydrated, thick mucus in your throat acts as a glue in your vocal folds, which produces a harsher noise. “Especially in the winter when you’re surrounded by dry heat, the voice tends to suffer,” deOliveira says. Try to get between six to eight glasses of water a day, especially if you drink coffee or alcohol.

6. Warm up your voice. Asking for a raise or engaging in a difficult conversation? Use vocal exercises to reduce the awful effects that anxiety has on your voice. Practicing lip flutters a few minutes before helps get your voice and breath in sync, so you sound articulate, not flustered.

What makes you feel confident? Share your tips @BritandCo!

Ashley Mason
Ashley is a freelance lifestyle writer based in Brooklyn. Since 2009, she has been drinking her way through the city’s diverse coffee shops. When she’s not hunched over her laptop, she can be found trying new restaurants and playing with her Beagle mix Signe.
hacks
Health
hacks Healthy Living Kardashians science
More From Health